Two seniors in Inkster lost appliances and hot water heaters after flooding in July. They are still struggling to clean up their basements.

January Castleman, 76, said it was the third time her basement has flooded. She uses a walker and said getting up and down the stairs is a struggle.

Related: Why do Metro Detroit freeways keep flooding when it rains?

Castleman said the flooding knocked over her freezer, dumping out her food. Her water heater, washer, and dryer were also broken in the flood.

"No hot water. Can you imagine? So when you get ready to take a bath you have to do it like the pioneers, heat the water, take it in there, dump it," she said. "This is horrible, it really is."

She said she is also worried about mold behind her basement paneling. FEMA has denied her claims, and her insurance company told her not to touch anything.

Castleman said she has also been struggling to help her clean up after the flooding.

"Just to have some people who know how to fix stuff, that would be the most helpful thing," she said. 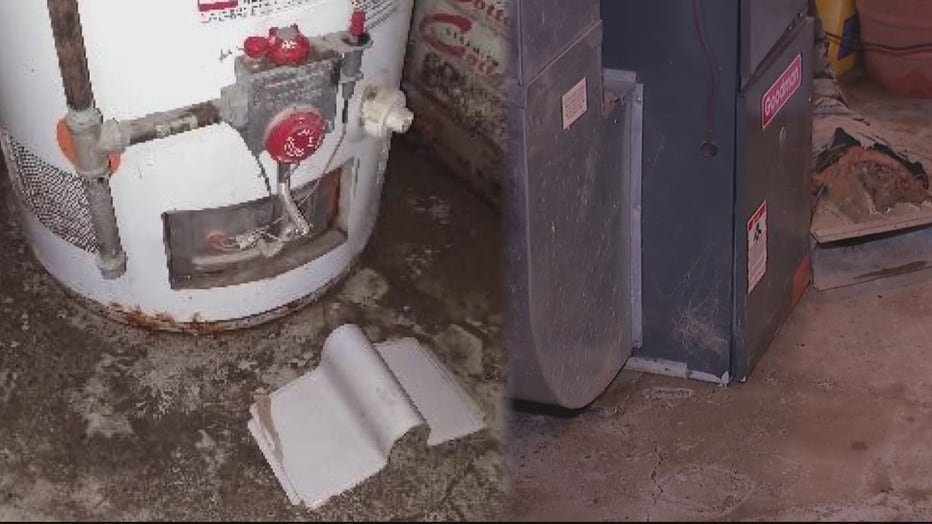 Ilene Ferris, another Inkster senior, lives on a fixed income and is without a water heater, furnace, washer, or dryer. She said she had at least two feet of water in her basement.

"You can see on the wall, look at the wall there -- you'll see it's all soaked and now mold is starting to come in," she said. "I don't know how I'm going to clean it because I don't have any money." 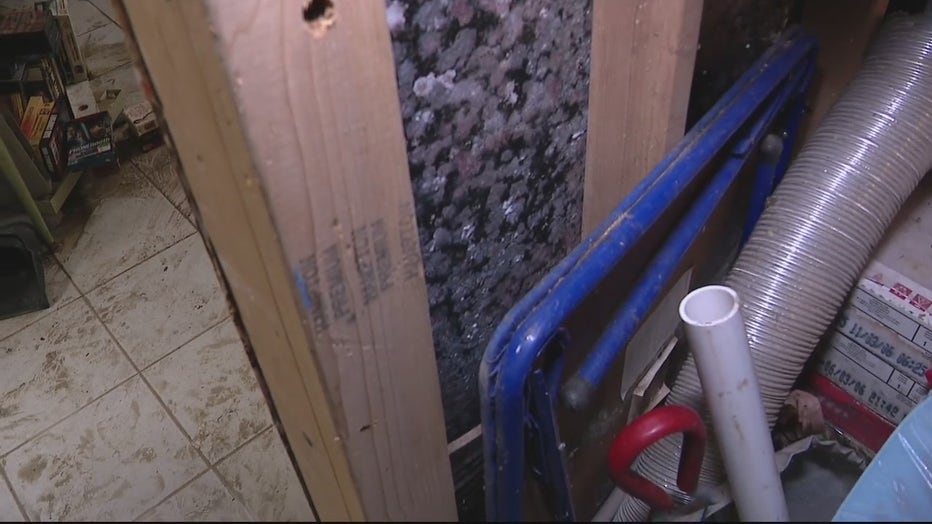 Mold on the wall in Ilene Ferris' basement.

Ferris said she has been trying to clean the basement, but she struggles to get up and down the stairs after a car accident broke her neck and left her with blurred vision.

FOX 2 reached out to the city of Inkster and aid organizations but it is unclear when help might arrive.