Members of the Ukrainian Americans in Metro Detroit have gathered for an emergy meeting in Warren Thursday.

WARREN, Mich. (FOX 2) - Members of the Ukrainian Americans in Metro Detroit have gathered for an energy meeting in Warren Thursday.

Vygnanski is the CEO of the Ukrainian Selfreliance Michigan Federal Credit Union. These three Ukrainian-American men are all anxious about the developing crisis in Ukraine.

"Everyone wants peace - and we're scared because we know what’s happened in the past," he said. "It’s just the beginning."

"Waking up after all this preparation of possibly an invasion," said John Sowik, Ukrainian American. "I’m in disbelief. Utterly saddened. At this time in history to think this can still occur."

"We hope the world can come to the aid of the Ukrainian people as soon as possible," said Mark Kaczmar, Ukrainian-American.

On Thursday, President Joe Biden revealed new, tougher sanctions against Russia, but not its leader Vladimir Putin. He instead called Putin the aggressor in what is now being described as a full-scale invasion into Ukraine.

"Anything that can stop the war, or stop the incursion of Russia into Ukraine, it would be nice to see," said Mark Kaczmar, Ukrainian-American. "Harder sanctions more robust, are welcome,"

A rally was held at the Ukrainian Cultural Center in Warren tonight as relatives of loved ones overseas gathered in solidarity.

"Both parties believe that Putin needs to be punished for what he's doing," she said. "The Homeland Security Committee we have been briefed about the elevated risk of a cyber attack. Obviously, our banking sector is on high alert, and I was communicating with the folks in the banking sector, our credit unions in Michigan, just to make sure they are redoubling their efforts to protect themselves

One of the issues at play in Warren at the emergency meeting is donating to the humanitarian effort. CLICK HERE to donate to the Ukrainian-American Crisis Response Committee of Michigan. 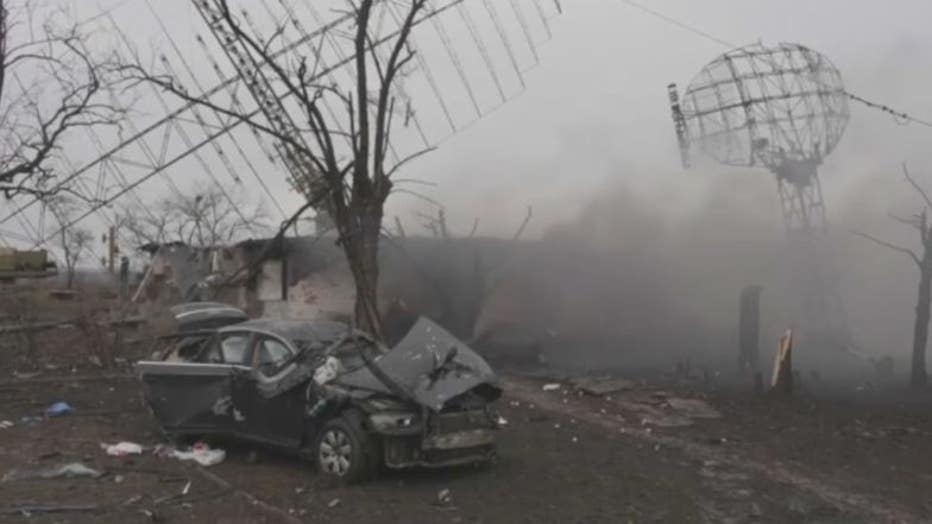