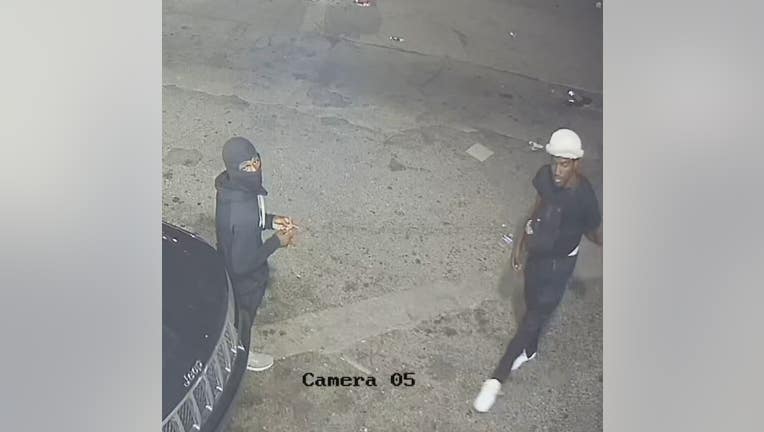 Suspects believed to have carjacked a man at a Detroit gas station in June.

DETROIT (FOX 2) - A car theft in Detroit has police on the lookout for two men suspected of a violent carjacking near the Lodge Freeway.

Two men approached a 23-year-old victim at a gas station on Schaefer on June 17, where one of them produced a weapon, demanded money, and then assaulted the individual.

The victim ran away while the suspects entered his car and fled the scene.

The carjacking happened around 1 a.m. in the 15900 block of Schaefer in the Bethane Community neighborhood.

The stolen vehicle was later recovered in the area of Monte Vista and Fenkell.

Detroit police released images of the suspects. Both are Black males who were dressed in black-colored clothes on the night of the carjacking.

Anyone with information is asked to call the department's Commercial Auto Theft Unit at (313) 596-2555.