A local daycare is citing safety concerns - among many reasons - for its push to have the aftermath of a building explosion torn down by the City of Detroit.

DETROIT (FOX 2) - A Detroit daycare across the street from a building that exploded last month is pushing for the remains to be torn down.

Because it’s unsafe and so close to their facility, A Brighter Beginnings Learning Center wants it demoed. But as is the case with multi-jurisdictional issues - there are many unanswered questions.

"Parents don’t want to come, a few of them have (withdrawn) their kids because they’ve heard the newscast ... of what went on over there," said Lorinda Davis from the daycare center.

Video shows the building in the moments after the explosion on Schoolcraft, as intense flames and thick smoke poured out while some people wandered around half-clothed.

Davis, a teacher at the daycare across the street, says she had no idea what was going on there. 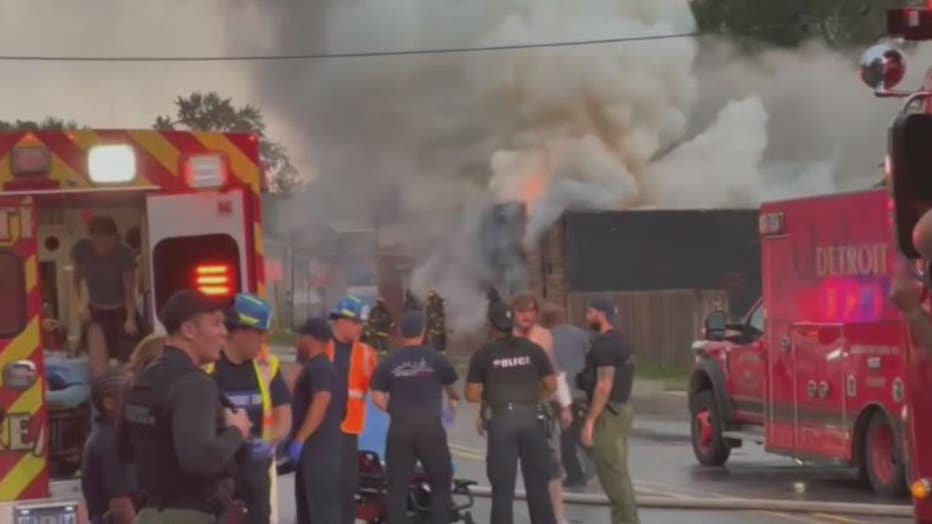 The explosion scene at the building on Aug. 29.

"Nothing suspicious, no extreme activity or anything," she said.

The incident was a shock, and now they’re hoping the building can be torn down, or at least boarded up post-haste.

"We’re trying to figure out who is responsible for cleaning up this eye sore," Davis said. "Because it’s not a good look for the parents to come and see this."

FOX 2's Hilary Goilston been doing the same. She started with the City of Detroit. They say they’re ready to get the building torn down.

An emergency demo notice is up and we are told a contractor is standing by but the city says they’re waiting on utilities to be turned off.

The city also says it’s been in contact with investigators and it is waiting on that as well.

"We don’t know what is going on over there, and who is behind any of this and what may come back to happen," she said.

The city said it cannot board up the building because it is structurally unsound. DTE said the gas was shut off a while back and that it can have the electric service shut off as soon as Thursday. The city says it reached out to DTE to have the utilities turned off on September 12th

In the meantime the daycare is keeping their kids inside. 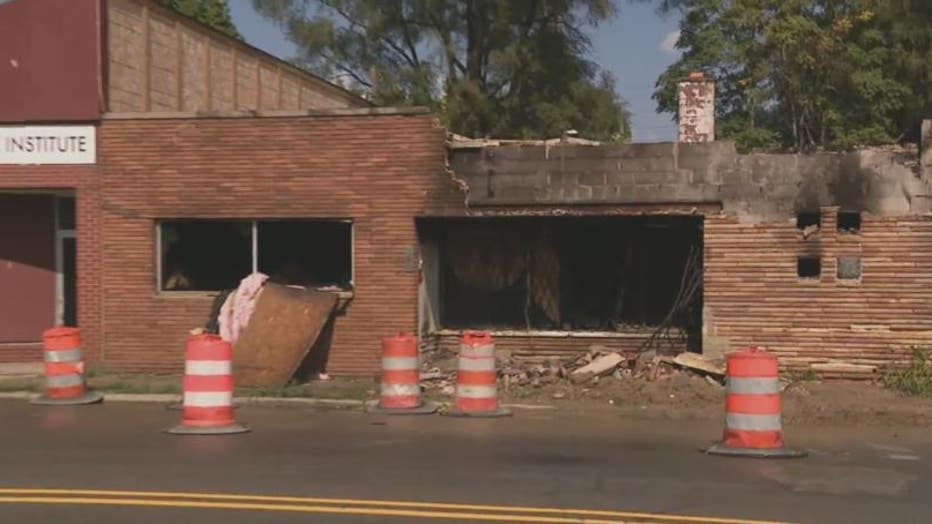