Despite a mayoral election and four open chairs on the City Council as well as some important proposals, the Detroit City Clerk is not anticipating much of a turnout.

DETROIT (FOX 2) - On Tuesday, Detroit voters will decide on some of the city's top political job including mayor, city clerk, and city council plus three proposals yet city clerk Janice Winfrey doesn't expect a huge turnout.

Winfrey says they've trained more than 3,500 poll workers and have tested voting machines yet only expects 15 to 20% of Detroit's eligible population to vote. She expects to count about 50,000 absentee ballots and 25,000 in-person.

"That’s low. That’s low for a municipal general - a municipal primary perhaps - but a general that low," Winfrey said.

She attributes the expected low turnout to a number of factors including the candidates themselves.

"If we were taking a class in democracy 101 and we were in chapter 2, it would probably read voter turnout. It would probably say that candidates are responsible for voter turnout for both the primary and the general campaigning has been at an all-time low," Winfrey said.

She's not alone. Dave Dulio, Director of the Center for Civic Engagement at Oakland University, echoes her sentiment.

"There just really isn’t a competitive one out there. Duggan is expected to win going away as are many of the city council seats. Many of those are unopposed," Dulio said.

There's also the factor of the notoriously prolific and very high profile public corruption which historically has a chilling effect on turnout.

Look no further than the federal indictment of Andre Spivey, who resigned from Detroit city after pleading guilty to a bribery conspiracy. The feds say Spivey accepted nearly $36,000 linked to towing contracts. He was caught red-handed, according to the FBI, who said he or one of his staff members - only called "public official A" - accepted thousands from an undercover agent or a confidential source secretly working with the FBI 8 times over 2 years.

Gabe Leland was also forced to leave the Detroit City Council and pleaded guilty to a state charge surrounding campaign contributions after admitting to taking thousands in cash in exchange for his vote on a land deal.

And just this week, two Detroit police officers were charged with bribery in connection to an expanding probe into illegal towing practices in the city.

"This is the kind of thing that just drives the public crazy… where they throw their hands up in the air and say see it’s just normal politics … politics as usual," Dulio said.

Winfrey says the 13 satellite voting centers are operating along with seven drop boxes.

The August primary in 2020 cast Detroit’s electoral system in a bad light when more than 70% of absentee voting precincts had discrepancies and the number of ballots cast didn’t match the number that election workers recorded.

That problem led the Wayne County Board of Canvassers to ask the Secretary of State to step in.

"Our goal for this election as it was in the August primary is we want to make sure all of four precincts and all of our absentee counting boards are 100 percent balanced," Winfrey said.

Winfrey herself is running as the incumbent against Denzel McCampbell.

Charlie Langton spoke with Winfrey earlier about the $65,000 in liens on her Detroit home. I asked for an update. She declined to answer the question. 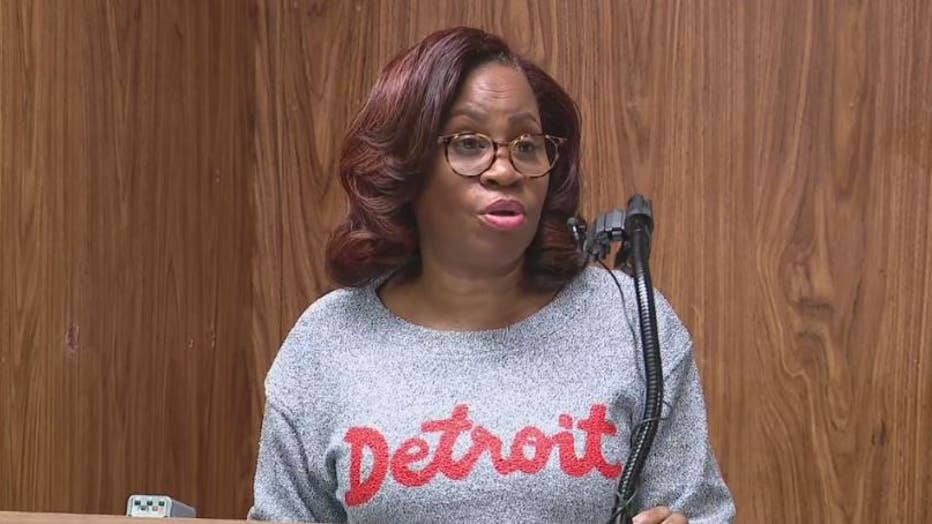 In 2017, the last time we had major municipal elections in the city, voter turnout was roughly 21 percent in Detroit.

Keep in mind many primaries have been runaways with Mayor Mike Duggan garnering 72% of the vote and Mary Sheffield and Scott Benson are running unopposed.