DETROIT (FOX 2) - A Detroit liquor store owner is set to be in court on Monday for the assault on a woman who was panhandling outside of his store in March.

Bassam Yatoma was arrested in March of 2021 for assaulting the woman as he was trying to remove her from his store. He said he was acting in self-defense, the woman spit on him and he is paranoid about germs due to deaths in his family following the pandemic.

He has said that she was asking customers for money and refused to leave his store when she allegedly spit on him.

"I did not punch her," said Bassam Yatooma. "She spit in my face - and my mother and father not even a year ago, died two months apart from Covid, so I’m paranoid. When she spit in my face, I grabbed her by her collar and took her to the ground to avoid getting spit on again."

Yatooma told FOX 2 that the woman had been panhandling for hours and refused to leave when asked. He said she had spit in his face before he grabbed her.

Police say Yatooma can be seen on the store video assaulting Warren. Sources say he is seen dragging Warren into the store, punching her twice, and standing over the top of her.

An officer close to the investigation said they found the video footage of the altercation disturbing.

Video of the aftermath spread across social media sparking outrage and calls for a boycott of the store. Numerous community organizers and activists gathered outside of it Tuesday demanding justice, including Warren and family relatives. 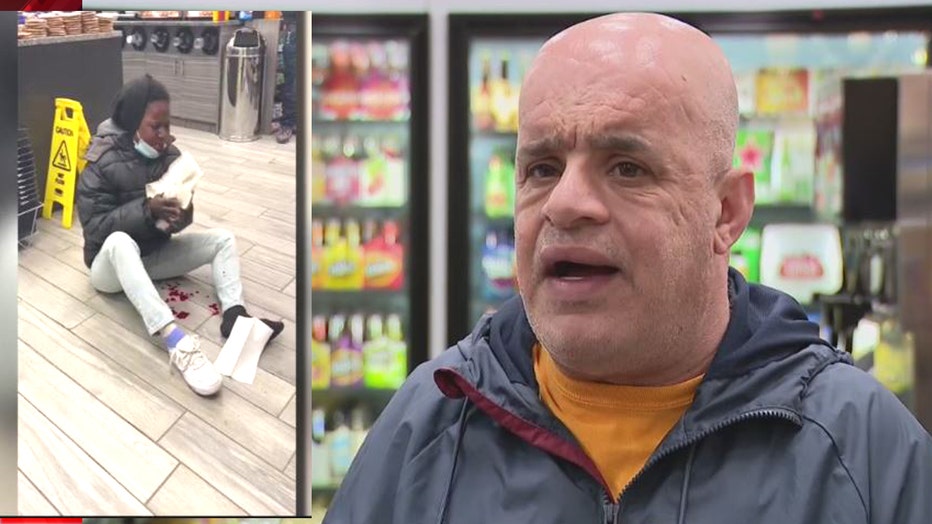