FERNDALE, Mich. (FOX 2) - A man was shot by Ferndale police Thursday after firing shots during a robbery at a 7-Eleven store and refusing to comply with officers, officials said.

According to police, the suspect, a 20-year-old Detroit man, walked into the store at 1040 W. 9 Mile just before 6 a.m. He was carrying an assault rifle and wearing body armor. Police said he fired a shot in the store and fled with a large amount of cash. 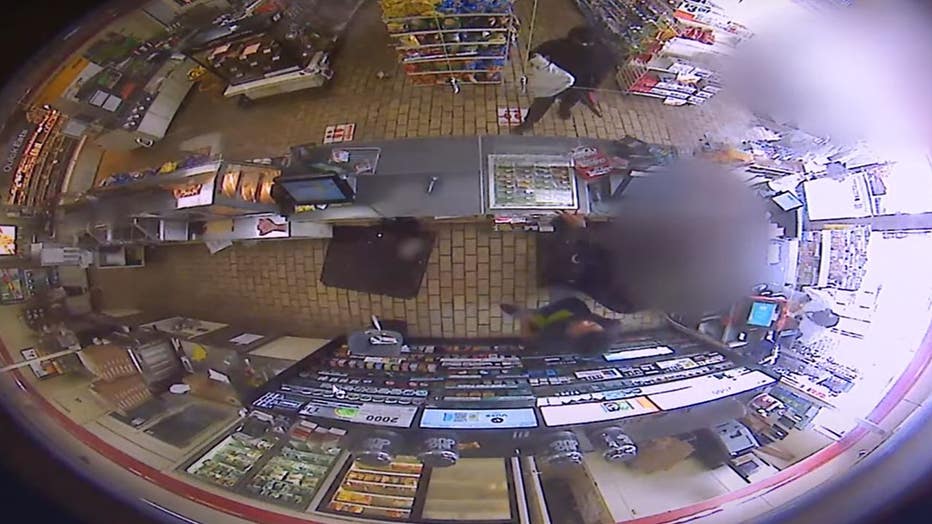 Police located the suspect near Sherman and 9 Mile in Oak Park. Police said he did not comply with officers and was shot. Officers said they rendered aid until he was taken to a hospital, where he is in critical condition.

On Friday, police learned that the suspect was wanted in connection with a carjacking and shooting near 7 Mile and Wyoming in Detroit that happened 25 minutes before the 7-Eleven robbery.

"The incident that occurred today is an example of the difficult reality of policing and a scenario that no officer ever wants to encounter. I can assure you that they are trained to treat these decisions critically and with the utmost gravity.

While we all want quick information and answers, the best thing we can do right now is allow the details of this case to be studied and investigated—fully, impartially, and with great care. I have turned this case over to the Oakland County Sherriff’s Office for a full investigation.

We are committed to a thorough and meticulous investigative process and transparent sharing of information, and we appreciate your understanding as all agencies involved take the time necessary to do this the right way. As always, we remain here to serve our community with integrity, compassion, and service."