DETROIT (FOX 2) - A Detroit man who is accused of firing into a crowd of people at a party from the second floor of his home, killing two people, will remain in jail until his next court date.

During his arraignment on more than 20 charges linked to the mass shooting on Coyle Street earlier this week, Winston Kirtly, Jr. stood mute, aside from acknowledging that he understood the charges against him and when his next court date would be.

Kirtly was arraigned on Wednesday on two counts of murder, six counts of assault with intent to murder, two counts of discharge at a building, and 10 counts of felony firearm.

According to Detroit Police Chief James White, Kirtly was angry about a parking issue with his neighbors across the street early Sunday morning. White said the neighbors were having a party and, around 1:30 a.m., Kirtly was mad that one of the cars had blocked the driveway. 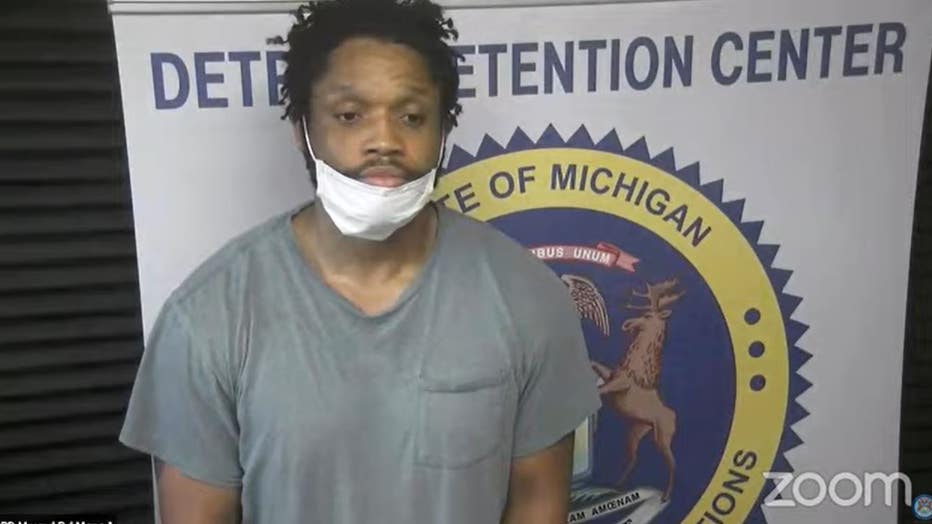 Winston Kirtly, Jr. was charged with two counts of murder, six counts of assault with intent to murder, two counts of discharge at a building, and 10 counts of felony firearm.

Wayne County Assistant Prosecutor Carin Goldfarb said those allegations are enough to keep him in jail.

"The allegations are that the defendant shot into a crowd of people attending a party across the street. There were two people who were killed, there were six additional people that were shot," Goldfarb said.

Citing the seriousness of the shooting and likelihood of a conviction, Goldfarb also said Kirtly was a danger to the community and asked him to be held in jail without bond.

Kirtly was represented in court on Wednesday with a court-appointed attorney who he said he didn't want to represent him because he had his own attorney. However, that attorney could not be reached in time for Wednesday's hearing.

His court-appointed attorney argued for him to be given a bond with a requirement of a GPS tether.

The judge sided with the prosecutor and found Kirtly to be a danger to the community. He was ordered held without bond and is due back in court on Aug. 17 for a probable cause conference, followed by a preliminary exam on Aug. 25.