Stanford professors Paul R. Milgrom and Robert B. Wilson won the Nobel Prize in economics on Monday for “improvements to auction theory and inventions of new auction formats.”

DETROIT - 'Will you answer your phone?'

The Royal Swedish Academy of Sciences in Stockholm was trying to contact a man who won the Nobel Prize but didn't answer the phone. So his neighbor (who also won the prize) was at the door to give him the news.

That man is Paul R. Milgrom, a Detroit native, Oak Park High School graduate, has a bachelor's from the University of Michigan, and is an economist at Stanford.

Milgrom learned he won win his neighbor, Robert B. Wilson, was at the front door as seen on his Nest doorbell camera. The two Stanford professors won the prize in economics on Monday for “improvements to auction theory and inventions of new auction formats". The professors are also neighbors in Palo Alto.

However, only Wilson was up for the call. Milgrom was asleep and apparently, the prize winners didn't have his phone number.

Wilson and his wife went over to Milgrom's home in the dark to alert him of the good news. The interaction was captured on Nest video, which Stanford shared and made public.

"It's Bob Wilson. You've won the Nobel Prize. They're trying to reach you but they cannot. They don't seem to have a number for you," Wilson is heard saying on Milgrom's porch.

Wilson's wife is heard saying: "We gave them your cell phone number.....Will you answer your phone?" 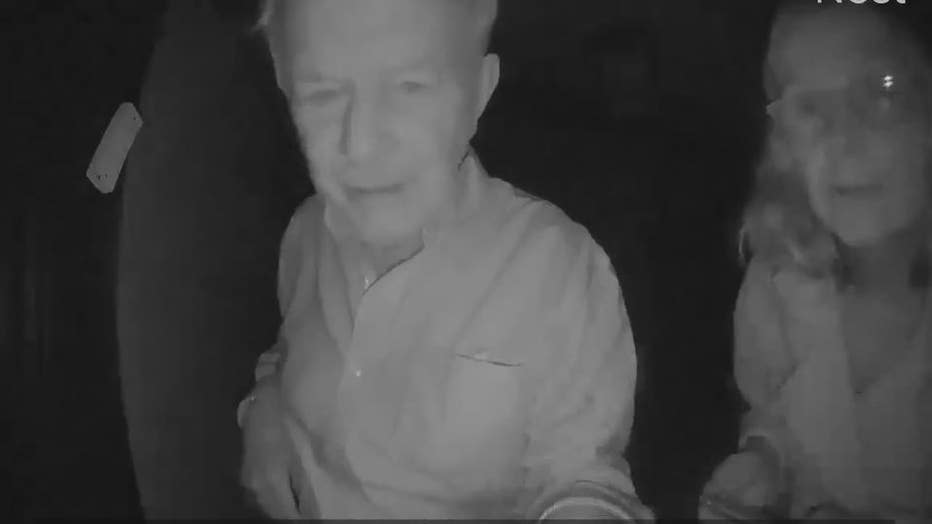 Paul Milgrom learned he won the Nobel Prize when his fellow prize winner and neighbor rang his Nest doorbell.

The committee said their work showed “why rational bidders tend to place bids below their own best estimate of the common value,” that is, “the value which is uncertain beforehand but, in the end, is the same for everyone.”

“(Bidders) are worried about the winner’s curse — that is, about paying too much and losing out,” the committee said.

The two won because "their discoveries have benefitted sellers, buyers and taxpayers around the world,” the Nobel Committee said, noting that the auction formats developed by the winners have been used to sell radio frequencies, fishing quotas and airport landing slots.