The suspect fled police, losing them for a minute before allegedly colliding with the semi-truck. Witnesses say the suspect was driving at close to 100 mph when he crashed.

DETROIT (FOX 2) - The driver of a Chrysler 300 who was fleeing Detroit police for an attempted murder investigation died after crashing into a semi-truck on the city's east side.

The car was seen wedged underneath the trailer of an 18-wheeler after it sped off from police attempting a traffic stop. The driver who died in the accident was believed to be the shooter of an assault earlier in the morning.

"It should not have happened," said Chief James White who was at the scene on Chalmers near Houston-Whittier Tuesday morning.

A man that died in a crash Tuesday morning had previously targeted someone sitting in a parked car before shooting at them as they ran into their home. Chief James White said police did a phenomenal job tracking down the suspect.

An investigation into the suspect driver that crashed began hours earlier when police responded to a home near the intersection of Faircrest and Hayes where someone who was sitting in a parked vehicle when they were shot at. 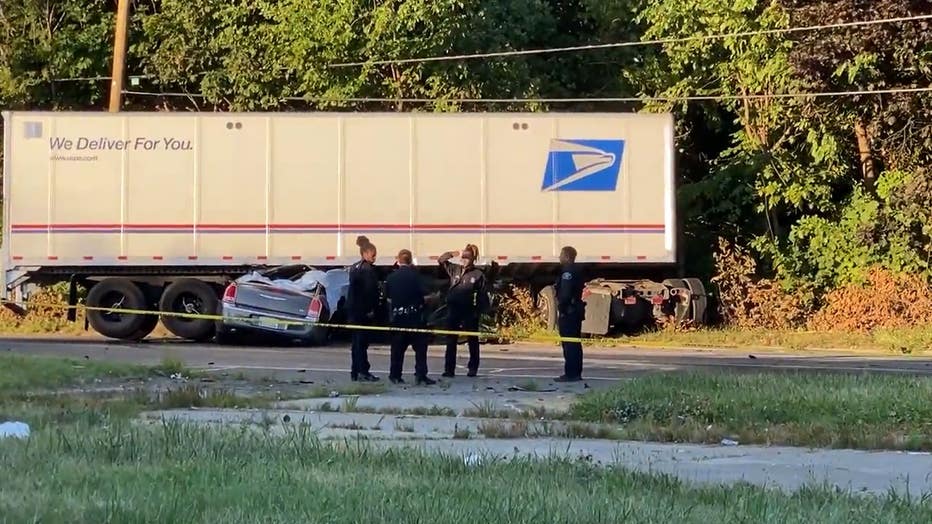 Crash on Chalmers and Houston Whittier on Detroit's east side.

White referred to the scene as a domestic incident and said the suspect continued shooting at the victim, eventually shooting into the home.

As police responded to the home following a ShotSpotter alert, they determined the vehicle had been at a Green Light business location, enabling officers in the 9th precinct to identify the license plate. 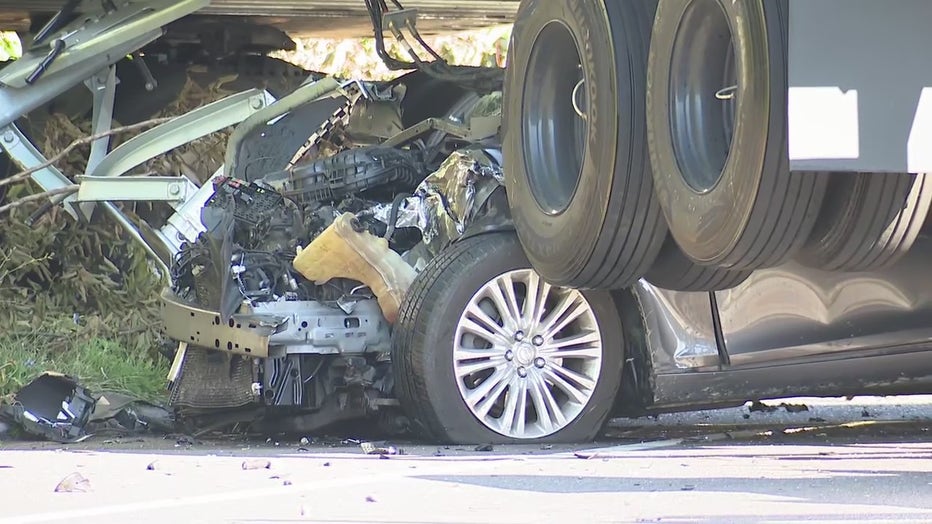 The driver of the vehicle was involved in a shooting incident earlier Tuesday morning, Detroit police said.

Officers later spotted the same vehicle while out on patrol Tuesday morning, before attempting a traffic stop.

The suspect fled police, losing them for a minute before allegedly colliding with the semi-truck. Witnesses say the suspect was driving at close to 100 mph when he crashed. White said both Project Green Light and the department's ShotSpotter software helped in the investigation.

"That's what got us here. The Green Lights have been an excellent tool. ShotSpotter is why the officer responded to the house. We found a scene where someone was trying to kill somebody so the tools work," he said. "The officers are doing a phenomenal job and it's just a very tragic and sad situation to his family."

Police also recovered two weapons from the vehicle, which they determined had been stolen out of Romulus in July.