Prosecutor Kym Worthy and Detroit Police Chief James White spoke about the spike in school threats in the city and surrounding suburbs.

DETROIT (FOX 2) - In the nine days since a shooter opened fire inside the halls of Oxford High School, more than 100 copycat threats have been made in Michigan alone. In Wayne County, at least 20 have been charged and face severe punishment.

On Thursday, Detroit Police Chief James White and Wayne County Prosecutor Kym Worthy spoke about the threats. They both spoke about the repercussions and how the charges can follow a minor around later in life.

As of Thursday, 23 have been charged with making threats in Wayne County and another person was charged with bringing a weapon to school. Worthy said she wouldn't be surprised if they see double that number next week.

During an update on Thursday, White and Worthy discussed the threats and what could happen for the people charged.

"It's no secret we've had a rash of school threats since the tragedy in Oxford. Many of these threats are not credible," Chief White said.

Despite the fact they're not credible, White said they must investigate and prosecute those responsible.

"You don't want to be that municipality that doesn't take every threat seriously," Worthy said.

She said that charges have been filed and they will be prosecuted.

Worthy also said this could be a chance for the nation to review how close children can get to weapons.

"This nation and especially this region is going to have to take a serious look at child's access to guns," Worthy said.

These were separate instances and the threats were made toward schools around Wayne County. Threats against schools have cropped up in the week since the Oxford High School shooting, which left four students dead.

If convicted, the judges will consider the crimes committed, and the rehabilitation of the juvenile offender when deciding on a sentence. 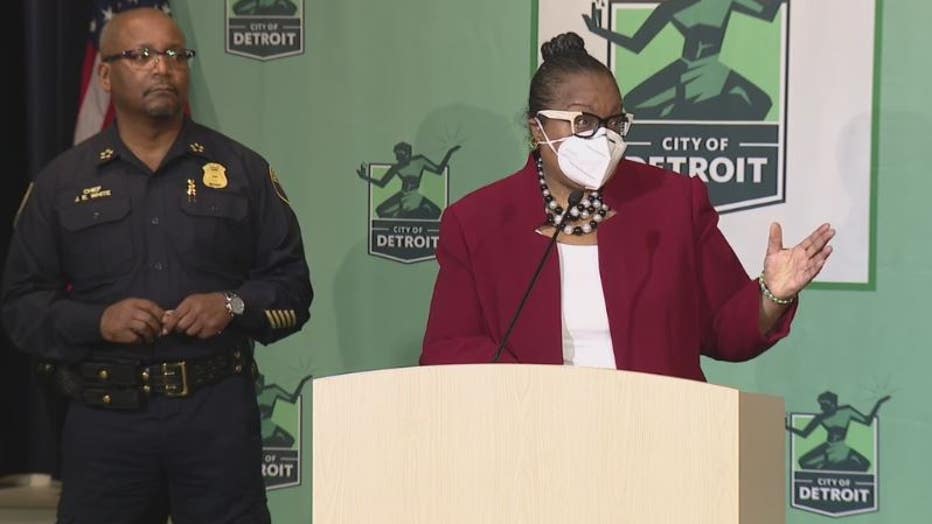 Worthy reiterated that the juveniles will not be prosecuted as adults.