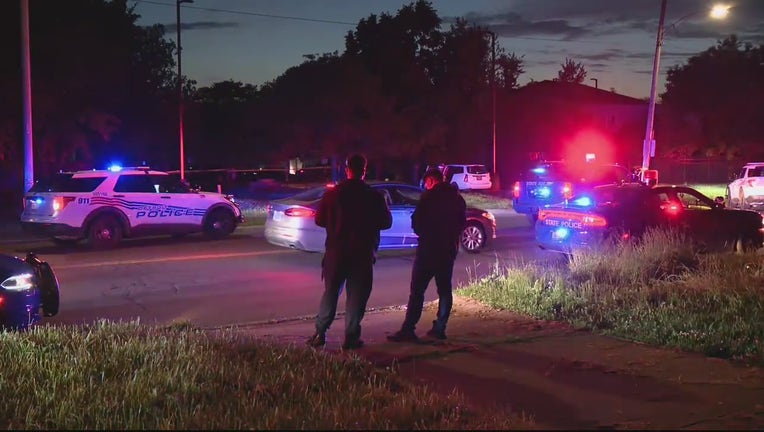 Detroit Police investigate a double fatal shooting inside a car on the city's west side Wednesday night.

DETROIT (FOX 2) - The Detroit Police Department said three men were riding in a car Wednesday night when one of the men started shooting and only one walked away.

Police were called to the shooting just off Evergreen Road near Lyndon Street in Detroit on Wednesday after two men were shot to death.

According to police, the suspect was 'acquaintances' with the two men and the three were riding in a car together when he pulled out a gun and shot both of them.

"He actually shot one while he was in the vehicle then got out and shot the other," Commander Arnold Williams said.

Police told FOX 2 they believe they know who the man is and are confident they will catch him.

Distraught family and friends were at the scene Wednesday night when a fight broke out. Police had to break up the fight as they tried to get all families involved to remain calm.