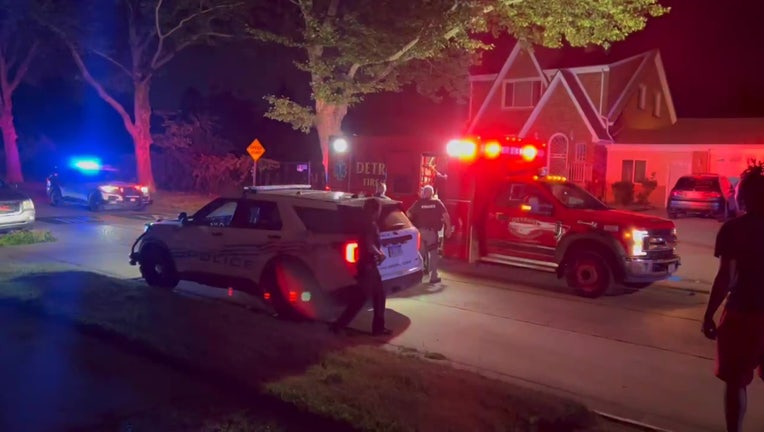 DETROIT (FOX 2) - Detroit Police Chief James White said an officer from the 4th precinct shot a suspect on the city's southwest side after a foot chase through the area.

The shooting happened near Omaha Street and Annabelle on the city's far southwest side around 9:30 p.m.

Late Tuesday night, White spoke about the shooting and said officers on patrol in the area for gang-related activity spotted what they said was a known gang member who was armed.

The chief said they immediately tried to help the suspect and he was rushed to the hospital with critical injuries.

White said officers were on proactive patrol in the wake of the shooting of the 2-year-old that happened in the same precinct earlier in the day on Tuesday.

In the wake of the child's shooting, he said they asked officers to beef up patrol.

White said he hopes the suspect will be okay and that the officer who fired the shots didn't have a choice.

"Officers don't want to use deadly force but certainly when you encounter someone pointing a weapon at you, that has to happen," White said.

Michigan State Police will conduct the investigation into the shooting.