DETROIT (FOX 2) - The Detroit Police Department is making sure gun owners have no excuse for letting their weapons fall into the wrong hands. After several incidents involving children harming themselves and others. The department is giving away free gun locks.

The Detroit Police Department is making sure gun owners have no excuse for letting their weapons fall into the wrong hands.

Unsecured firearms are to blame for three shootings involving children in Detroit since October. The first, an 11-year-old shot and killed an 8-year-old, after finding a gun.

Then, an 18-month-old playing with his dad's gun accidentally kills his 5-year-old cousin.  And on January 24th, a 4-year-old boy found a guest's gun in his home shooting himself but survived.

Detroit police say these types of injuries are up since 2019.

"We want to prevent a loaded firearm from being picked up and played with, that's a tragedy waiting to happen," said Hope.

They're partnering with the non-profit Project ChildSafe, offering 1,000 free gun locks to Detroiters, they can be picked up at precincts - no questions asked. 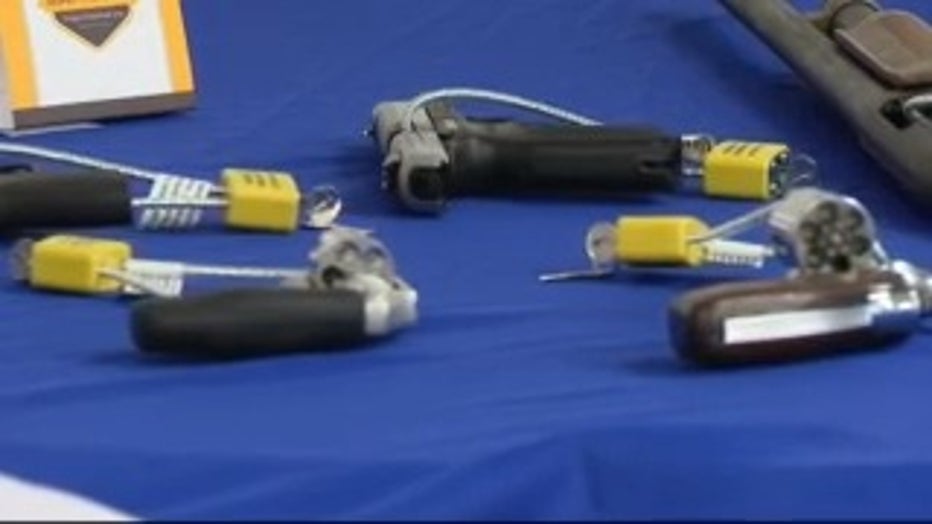 Jones on the board of police commissioners has been there and seen the tragic aftermath of these child shootings.

"I hope we don't have to show up at another scene because another child's life was taken," he said.

The gun locks are free and ready for pick up, now.