DETROIT - Detroit public schools will be remote for the next two weeks as a precaution over more coronavirus infections reported over the last month. 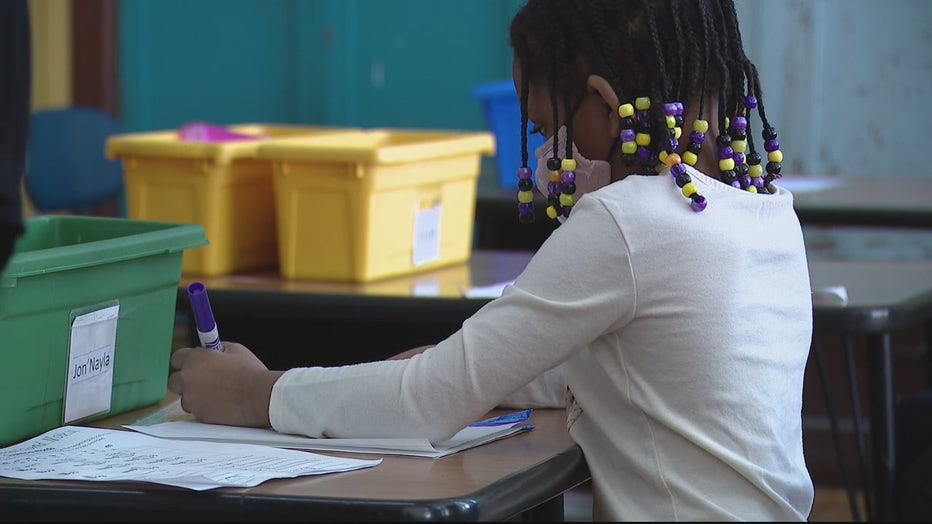 In a message sent to parents last Friday, the school said it would return to in-person learning April 19.

The district originally intended on keeping students at home for an additional week after Spring Break. But the city's "extraordinarily high" infection rate prompted DPSCD to extend that return.

"This is an additional week of pause from the last message you received due to infection rates worsening," read the note.

Detroit Schools had waited until the infection rate in the city had fallen below 3% before sending kids back into classrooms. The honeymoon period didn't last long after kids returned in mid-March.

By that time, the lull in cases was starting to rebound. Now, positive tests have reached 15% in the city and more than 17% around the state.

In response to the spike, Detroit Schools' plan to keep students in remote settings until April 12 was extended by another week to reduce the potential for more infections.

The district will continue offering Grab and Go breakfasts and lunches for families. It will also reopen the Parent Resources Hubs next week. Any children planning on taking standardized testing like the SAT or MSTEP can still plan on taking it at the schools.