The Davison Fish and Seafood market sustained heavy damage after a vehicle driving at a high rate of speed lost control on Seven Mile, slipped into the oncoming lane, spun around, and slammed into the side of the building.

DETROIT - An east Detroit business sustained heavy damage to the front of its store after a vehicle caught on camera traveling at a high rate of speed lost control and slammed into the wall.

The Davison Fish and Seafood Market on Seven Mile took most of the impact, leaving shattered glass and a broken gate.

Video of the crash showed the seconds leading up to the crash, when a car's engine can be heard getting louder. 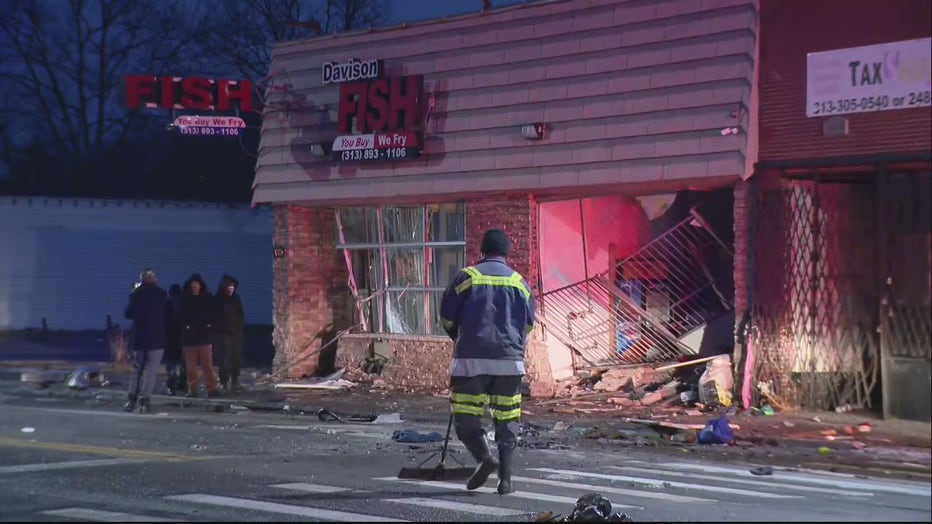 In front of the Davison Fish restaurant.

As it nears the camera, it loses control, crosses into the wrong lane sideways before impacting the wall.

"That's really bad. This problem right here, the guy (traveling) at a high speed, probably over 50, probably tried to make a left turn" said Omar, who works at the fish market.

A vehicle traveling at a high rate of speed lost control on Seven Mile early Tuesday morning and slammed right into the Davison Fish and Seafood market business.

The crash happened on the same street where a water main break was reported on Monday, the city of Detroit said. Ice may have been on the roadway when the crash occurred.

The Detroit Water and Sewerage Department said it had contained the water main break on Monday to the right lane. It could not confirm if ice had played a role in the accident.

A car slammed into Davison Fish and Seafood Market after losing control.

The city previously said a combination of omicron, staffing shortages, and the cold had led to slower response times for repairing water main breaks.

There are no details on the driver, who allegedly fled the scene.

The carnage leftover shows a silver sedan with major front and rear-end damage to it.

Davison Fish is a staple of Detroit and has been around longer than the highway named after it.

According to Omar, they just poured $200,000 into refurbishing the business prior to this morning's crash. The business is still open despite the damage. 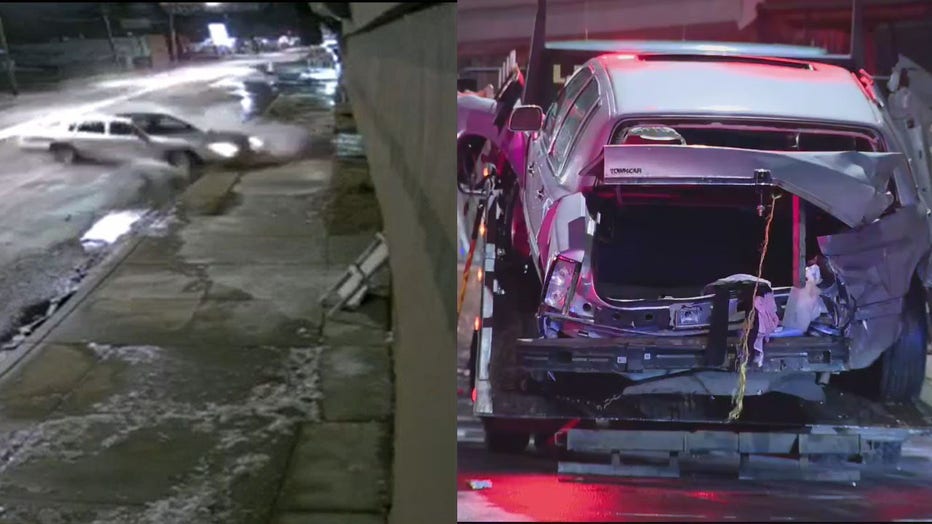