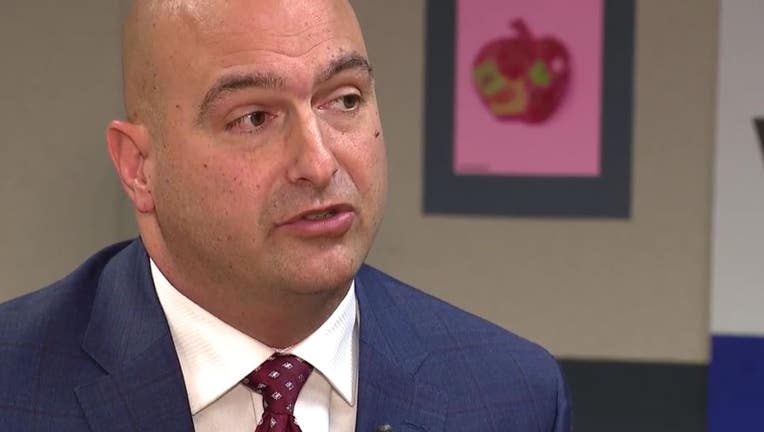 DETROIT (FOX 2) - The superintendent of the Detroit Public Schools Community District is calling on Michigan Governor Gretchen Whitmer to allow winter sports to start, saying that there are other activities that are riskier that are currently being allowed.

In a letter sent to the governor's office, Dr. Nikolai Vitti complimented her moves to protect people from COVID-19 but criticized her for a "the lack of communication and clarity regarding when the start of winter 'contact' sports," and called on her to allow sports like basketball to start play soon.

Vitti said most of the 31 men and women who coach high school winter sports supported the pause enacted in November to slow the spread of COVID-19 but are now asking for the ban to be lifted. Vitti said the delay is causing harm to the student-athletes.

"On the one hand, we are telling them that it is safe to attend hours of schools while seating in classrooms, walking hallways, playing football or indoor volleyball, participating in practices but not "competing" with others, going to the mall, sitting in a movie theater,  and now eating at a restaurant but they cannot play basketball, hockey, or wrestle.  Meanwhile, more vulnerable elderly individuals can go to casinos or bingo halls. "

Vitti said the call for districts to be back to in-person learning by March 1 is the right call but says the continued suspension of winter sports contradicts her message that in-school learning is safe enough to resume. He is also asking her to give control of sports back to the MHSAA.

A delay to winter sports for prep athletes in Michigan due to the pandemic have students and coaches frustrated.

"If schools are to be opened for in-person learning and can be open, then all sports, regardless of season or "contact", need to move forward without interruption.  Let the Michigan High School Athletic Association (MHSAA) handle sports from this point forward.

"Keep it consistent. It is troubling to see that our state is one of only 20% of states not playing winter 'contact' sports and that all Michigan border states are playing with higher positive infection rates."

Vitti said 99.6% of football players tested negative toward the end of the playoffs and that it "clearly demonstrates that high school student-athletes are not the cause for the spread of COVID or in a precarious health situation."

Vitti also asked for Whitmer to provide clear metrics for when the seasons can be allowed to move forward.

Gov. Whitmer has not responded to the letter directly but said during her press conference on Monday that the state must be cautious as a new strain has developed and is spreading Washtenaw and Wayne Counties.