"It's really sad, really sad I can't believe it's happening on this block," said Rebbeca Leeny, who lives near the home where a 12-year-old died from a gunshot wound fired from a 13-year-old. The shooting was accidental, police say, but nonetheless remains a tragedy as gun violence continues to rankle the city.

DETROIT (FOX 2) - The teenager arrested in connection with the accidental shooting death of a 12-year-old in Detroit Tuesday night will be charged with manslaughter and felony firearm.

Detroit police confirmed with FOX 2 the 13-year-old accused of using the firearm will be charged in juvenile court Wednesday afternoon. As of 12:30 p.m., no adults were charged in the case, however that could change.

The accidental shooting happened in the 11300 block of Bramell near Outer Drive and Plymouth around 9 p.m. Tuesday. The west side shooting has left neighbors numb from the gun violence.

"It's really really sad, really sad. I can't believe it's happening on this block," said Rebecca Leeny, a neighbor.

The incident is also another frustrating example from Detroit police, already angered by the level of "needless" gun violence that officers respond to on a daily basis.

Crews were called to the scene after reports of a shooting at a home.

It happened while four teenagers were in the basement of the residence. Two people were 19 years old, while the other two were ages 13 and 12. Two guns were found. The 12-year-old victim's dad had fallen asleep upstairs.

"Once you have a gun in a home everything changes you cant have guns around kids and be upstairs sleeping," White said. 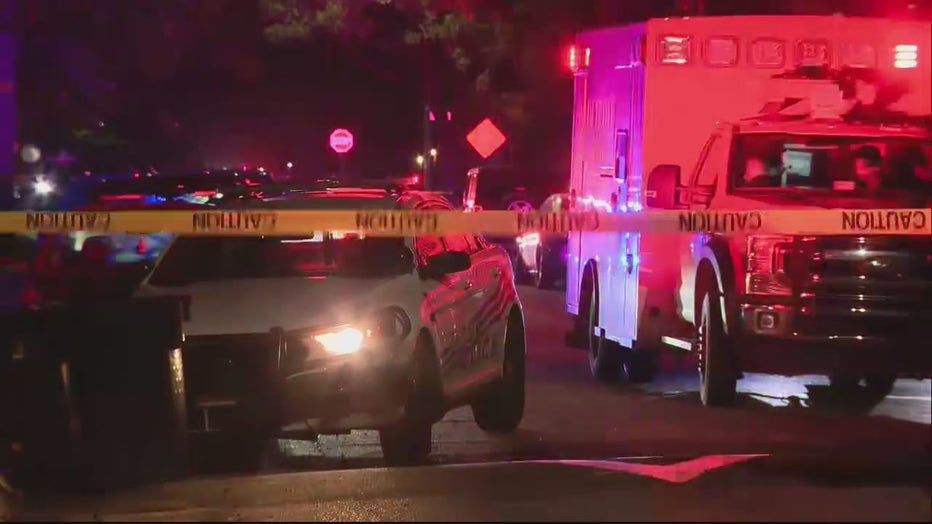 Police on scene of 12-year-old's shooting in Detroit.

White said the 13-year-old had the weapon when it accidentally went off, striking the 12-year-old. Police spent much of the evening and early morning interviewing witnesses that saw the shooting.

Police believe the shooting happened while the teens were "doing something with social media."