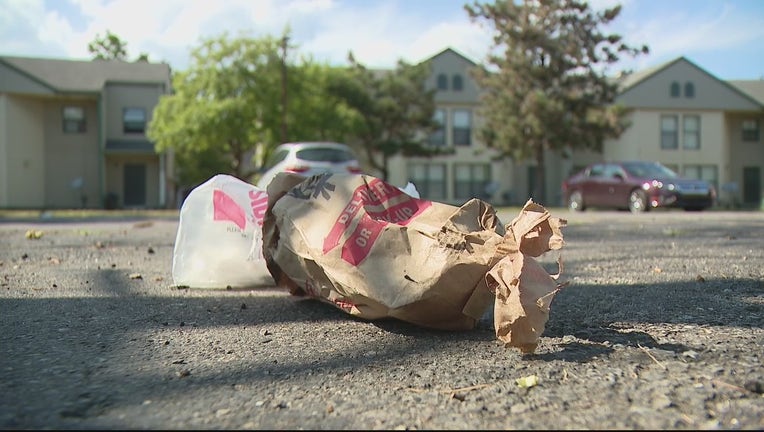 A Doordash delivery order on the ground in Detroit.

DETROIT (FOX 2) - A man out on his first day working as a DoorDash delivery driver was fatally shot by someone in a vehicle passing by.

Detroit police say Dajour Russ had exited his vehicle to drop off food when a suspect in an unknown vehicle fired shots at him, hitting him in the foot. The vehicle then circled back around and fired more shots, this time fatally wounding the man.

"Our hearts go out to the family," Sixth Precinct Cmdr. Arnold Williams said Monday. "This is a 100% senseless display of violence."

A DoorDash driver was shot and killed in Detroit when he got out of his vehicle to give a customer their food. Police believe the man, who just started driving for DoorDash, was targeted.

Police are still working on a description of the suspect and the vehicle they were in.

"He was a good son. He always did something for everybody. He didn’t deserve this," said Dajour Russ' mother, Tolanda Russ. "Why you do this to me? Why you take my son from me?"

Police say Dajour Russ was accompanied by another family member for his first day on the job when he stopped at a home. Williams wouldn't comment on if the shooting was targeted, but said it was "unnatural" that someone who would drive by firing shots would circle around and do it again.

Police have spoken to witnesses and are looking through video surveillance for more evidence.

No one else was hurt in the shooting.