When Detroit police stopped a vehicle while doing a drug investigation, they found a body in the trunk. Two people are now in custody.

DETROIT (FOX 2) - A Detroit police stakeout that started as surveillance on a location for possible narcotics has turned into a homicide investigation when a dead body was found in the trunk of a car this weekend.

Police attempted a traffic stop on a vehicle leaving the site July 2 after reporting the vehicle had expired tags and no insurance.

While attempting to get the vehicle towed, officers from the 6th Precinct came across a dead body. Now, two suspects are in custody.

A police unit monitoring the location saw a Buick LeSabre leaving the location Saturday night on Fullerton near Hubbell Avenue. The precinct's 6th commander said a traffic stop was initiated to search for possible narcotics.

"The vehicle was unregistered, and I believe the driver didn't have a license," said Cmdr. Arnold Williams.

The unregistered vehicle meant officers were going to have to tow the car. Police had already detained the driver of the vehicle, while a passenger remained in the front seat. While conducting an Inventory Search, police found the body.

At the same time, Williams said the front seat passenger fled the scene. He was later taken into custody. 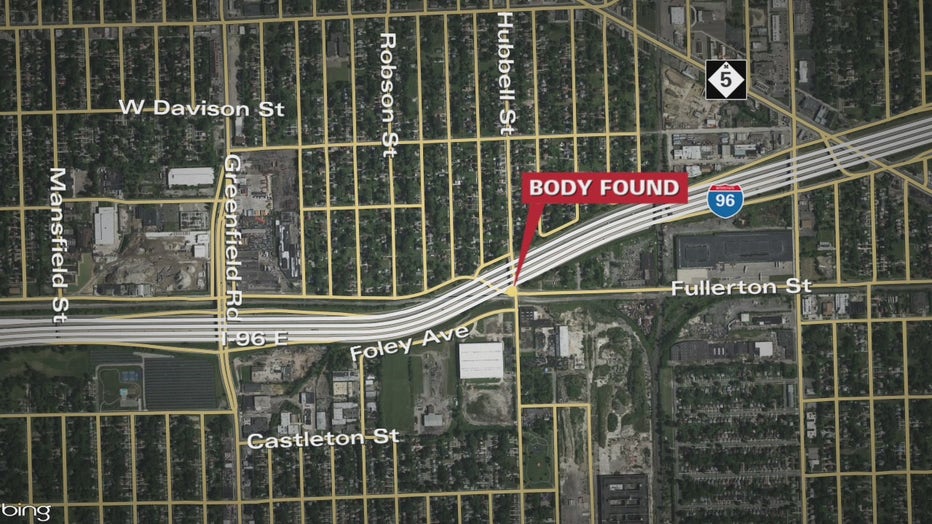 The victim hasn't yet been identified and police were still waiting on information from the Wayne County Medical Examiner's Office. Williams noted that preliminary evidence showed the victim didn't show any outward signs of trauma.

The department's homicide investigatory body is now overseeing the case.