Two of the four people who were shot agreed to speak to FOX 2, as long as we conceal their identities - because the gunmen have not been caught. Detroit police say they used an assault rifle.

DETROIT (FOX 2) - A drive-by shooting ended a bachelor party at an Airbnb rental house on Detroit's west side leaving four people shot, almost two weeks ago, and the home was the site of another fatal shooting just a few months before.

Approximately 20 shots were fired at a group of family members at a bachelor party on Cloverlawn near Davison after midnight on June 11. The party was wrapping up as shots rang out.

"(We were) just having fun and that’s just it, and I’m cleaning up about to leave and that’s when it happened," said one of the shooting victims.

Two of the four people who were shot agreed to speak to FOX 2, as long as we concealed their identities - because the gunmen have not been caught. Detroit police say they used an assault rifle.

"So I’m a CPL holder," said the second victim. "So when I was sitting talking to my cousin when I heard the gunshots, my first instinct is to reach for my firearm. When I reached for my firearm and I feel to my right that’s when I got hit in my left."

"They ambushed us for what? Y'all don’t know us, we don’t y'all - why did y’all do it?" said the first victim.

Three months earlier outside that same house on Cloverlawn - there was another drive-by shooting. The person hit by gunfire, died as a result of their injuries.

"We didn’t know, none of us knew," the first victim said.

A spokesperson for Airbnb tells FOX 2 the house was not listed on their website until mid-April — after that deadly shooting in March. He says the listing was pulled immediately following the shooting in June.

The victims in this latest shooting are thankful to be alive, but they have a long road ahead of them.

"Basically have to learn how to walk all over again because of that," the second victim said. 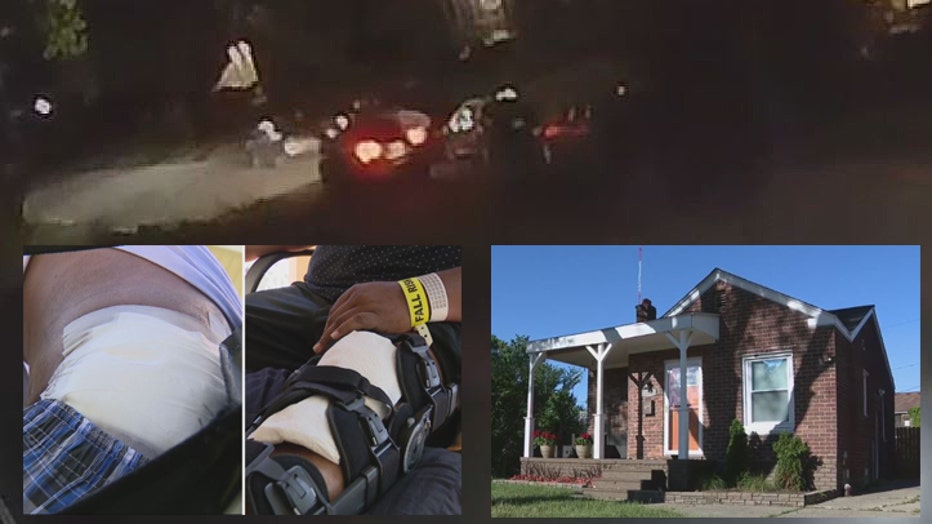