Detroit police tracked down a driver who sped across the city in a stolen car before ditching the vehicle.

DETROIT (FOX 2) - Detroit police used a helicopter to track and arrest the driver of a stolen car Wednesday.

"Our helicopter was following this car without this car having a clue that it's under surveillance," said Detroit police Cmdr. Eric Decker.

Police said the driver was traveling between 120-160 mph as they went from the east side to the west side and back to the east side.

"We're not even going to chase you. We're going to wave bye-bye and then the helicopter's going to follow you until you stop, and then a whole bunch of cops are going to come up and ask, 'What's going on?' And people are going to jail," Decker said.

The driver hit another vehicle before trying to ditch the stolen car. Both the driver and a passenger tried to flee on foot but were captured. 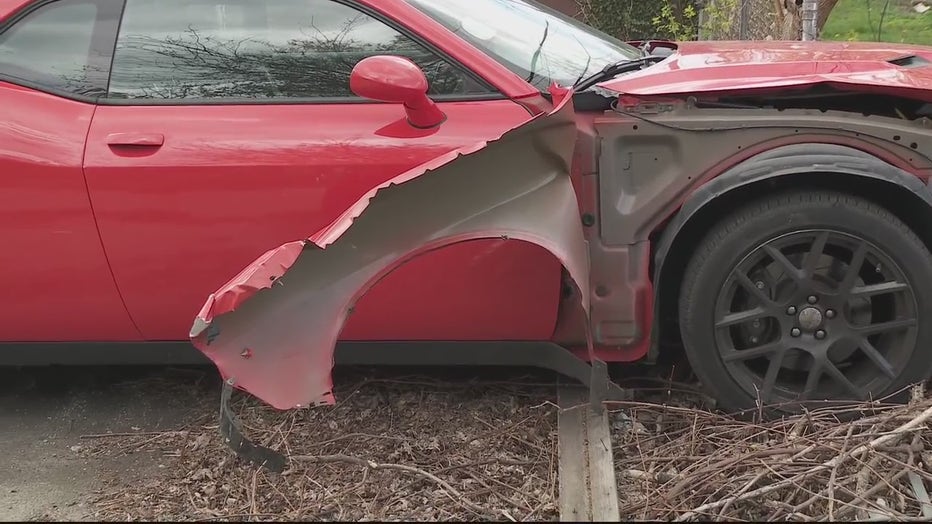 Decker said officers don't pursue vehicles because it is too dangerous, but they are using other methods, such as helicopters, to crackdown on dangerous drivers.

Chief James Craig announced last month that the crackdown would include seizing vehicles.