Police said the driver who ran a red light and killed a 12-year-old girl early Wednesday morning may have been under the influence.

TAYLOR, Mich. (FOX 2) - Police said a driver who ran a red light and t-boned a car in Taylor early Wednesday morning may have been under the influence of drugs or alcohol at the time of the crash.

According to Police say a vehicle was passing through an intersection at Telegraph and Northline when another vehicle ran a red light and collided with the victim.

The girl, identified as 12-year-old Phoebe Elliot, was taken to Oakwood Heritage Hospital where she was pronounced dead.

Taylor police said the two-vehicle crash happened around midnight in the westbound lane of Northline. A vehicle driven by the girl's 45-year-old aunt, Lisa, had the green light while heading south on Telegraph. That's when a car ran a red light and hit them.

Phoebe died in the crash while her aunt Lisa suffered a lacerated liver and several broken ribs. Police say they administered CPR to the girl at the scene before transporting her to the hospital.

The suspect, a 20-year-old from Taylor, was taken to the hospital and is under police custody with charges pending. Police tell FOX 2 that drugs or alcohol may be involved.

"A search warrant was completed for a blood draw and we're waiting results for that," said Taylor Police Chief John Blair. 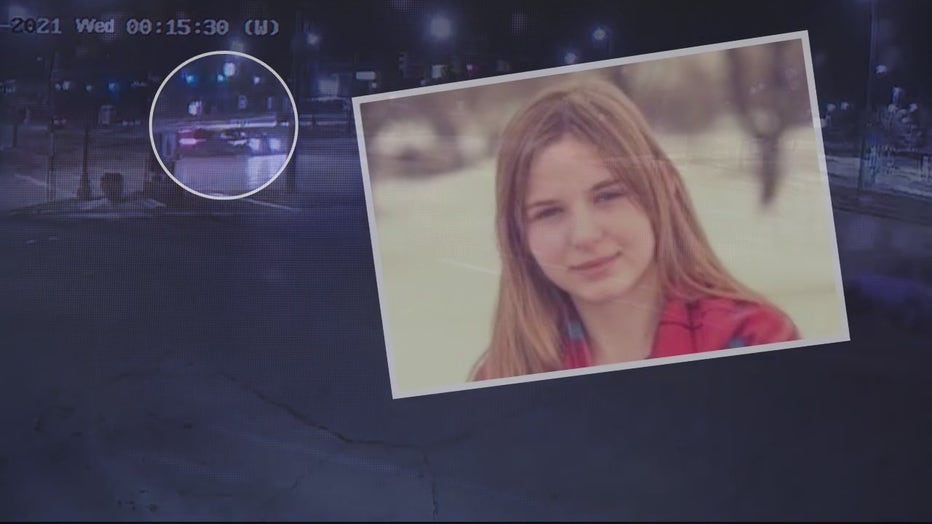 Phoebe Elliot, 12, died Wednesday as she was riding with her aunt to pick up newspapers for a paper route when a driver ran a red light and t-boned their car.

According to police, they're familiar with the 20-year-old driver who was free on bond while charges were pending for felonious assault.

"He's in police custody, we are watching over him," Blair said.

Phoebe and her family are no strangers to tragedy. She and her four siblings lost their mother a few years ago and eventually moved in with her Aunt Lisa, her husband, and their kids in Allen Park.

Family Friend Ryan Dziedzic started a GoFundMe for the family and says that, at the time of the accident, Phoebe was helping her Aunt Lisa pick up newspapers for her paper route.

"She helped out with the other kids too, she was a good student...it's just a shame," said. "It's heartbreaking."

The GoFundMe page set up by Ryan and his wife, Erin, will go to help with funeral expenses. They've raised over $17,000 so far.

"If there's anyone out there that can help, anything is appreciated," said Dziedzic.

The other driver is facing charges of second-degree murder and is currently in the hospital in police custody.