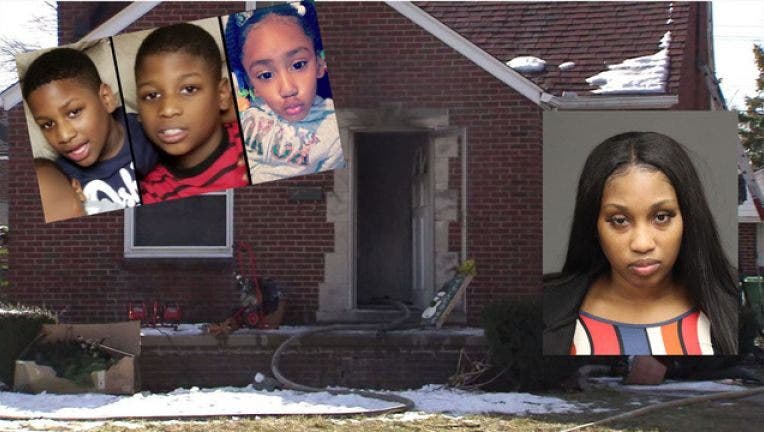 Amber Swain has been sentenced to probation after leaving three kids alone in a home that caught fire while she was gone. All three children died in the fire in 2018.

EASTPOINTE, Mich. (FOX 2) - An Eastpointe mom was sentenced to probation after leaving her two children and niece home alone before their house caught fire in 2018.

According to police, the cousins were home alone inside a home on Juliana Street in Eastpointe on March 8, 2018, when it caught fire. Eastpointe police said the children were found in an upstairs bedroom. Brendon and Zyher were brothers, sons of Amber Swain, and Madison was their cousin.

Police at the time said the home did not have working smoke detectors.

This past September, Swain pleaded no contest to misdemeanor fourth-degree child abuse for the deaths.

According to Macomb Daily, Macomb County Circuit Court Judge James Maceroni said she had been through enough.

"We are quick to judge and place blame when a lot of us could be in the same position," said Maceroni, according to the paper. "I think she's been punished enough."

The grandparents of her sons said there was 'no excuse' to leave the children alone and that they cared for them routinely, Macomb Daily reported.

In April 2019, her attorney said the children had been home alone for about 85 minutes when the fire struck. He disputed arguments from prosecutors that Swain was reckless because she couldn't have foreseen that her home would burn down "during the short time frame."