Congresswoman Brenda Lawrence, Lt. Gov. Garlin Gilchrist school and health officials from Southfield and Detroit hosted an event to field questions about what this school year will look like.

SOUTHFIELD, Mich. (FOX 2) - Congresswoman Brenda Lawrence, Lt. Gov. Garlin Gilchrist school, and health officials from Southfield and Detroit hosted an event to field questions about what this school year will look like.

"Our responsibility is to make sure the kids can learn and focus on that and nothing else," said Gilchrist.

An in-person town hall was held Tuesday in Southfield while the students have returned to the classroom with a mask mandate in place. The superintendent says the numbers speak for themselves.

"Less than 1 percent of our families selected to stay remote for this school year," said Southfield Supt. Jennifer Martin-Green.

That means in Southfield, schools are 99 percent are masking up in class. And while that has certainly been a hot button issue recently it was not tonight.

They discussed how a $1.9 trillion American Rescue Plan fits into this puzzle.

That includes Pontiac, West Bloomfield, Southfield, Hamtramck, and parts of Metro Detroit to name a few.

Green spoke about the school safety changes Southfield has made for in-person learning.

"We purchased air purifying machines for every classroom throughout our entire district," Green said. "We are upgrading our HVAC systems in our schools."

Parents came with questions of their own.

"What is the state and health department going to do for those who want to waive the vaccine from the youth standpoint?" asked one parent.

But this led to more questions.

Some even lingered after the townhall looking for answers from the congresswoman.

"Because I noticed that there has been an increase in teachers leaving the field but there are not many going into it," said Savannah Thomas, 11th grader. 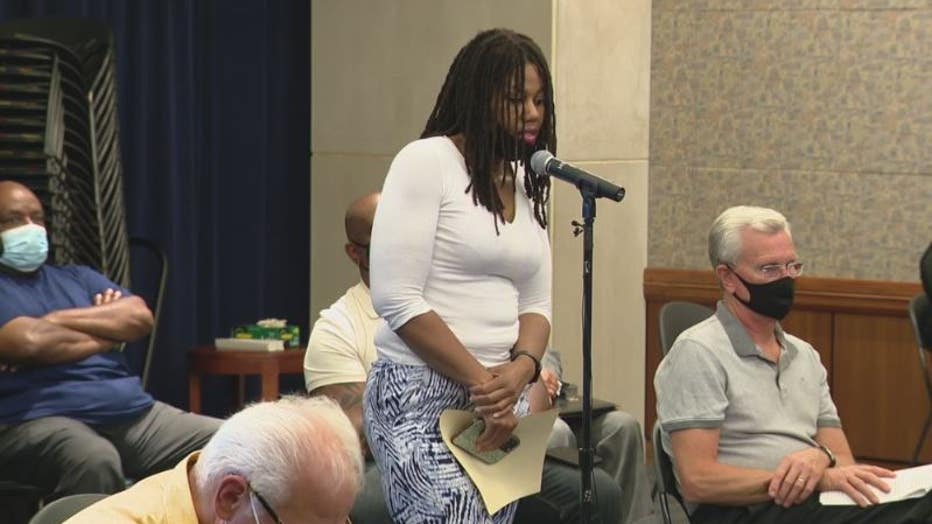 And her persistence paid off.

"The congresswoman said they were investing in a program that would pay off student loans if you were to go into teaching," Thomas said.

Most parents know this year will have some of the struggles of the past but they are hopeful we’ve all learned a little over the past 19 months.