TRENTON, Mich. (FOX 2) - A family is issuing a plea for help as four days have passed since they've seen or heard from 86-year-old Irene Kin.

"She's been good about staying around town," said her daughter, Barbara Barnette.

A family is issuing a plea for help as four days have passed since they've seen or heard from an elderly woman.

The Trenton woman has been missing since Saturday, Feb. 1.

"I know her routine, I talked to her the night before," Barbara said.

Irene was last seen by a neighbor on Saturday in the 2300 block of Pine Tree in Trenton. At about 9:20, she was seen on video at the Fifth Third Bank on West Road. Trenton Police Lt. Rick Tanguay said she took out about $200.

Not only is Irene missing, but the car she was driving is missing too -- a light-green 2002 Ford with a Michigan license plate DMG-0781.

"In this case, we're having some difficulties because we don't have a cell phone, we don't have a credit card. She's a cash-only kind of person. We don't have a vehicle we can track. We are looking to get lucky (for) someone to see the car, see her driving on the road, see her parking-  we're just hoping for the public to see her. We need as many eyes out there as we can," Tanguay said.

Irene is 5'5" and140 lbs. with blue eyes and gray hair. She was last seen wearing a light blue jacket.

"Polish immigrant, but her English is pretty good. She's a bit shy, independent though," her daughter said.

The family says she's gotten lost in the past.

"She was lost .. three or four years ago. She ended up getting turned around from Trenton and ended up in Plymouth," said her son, Paul Kin. 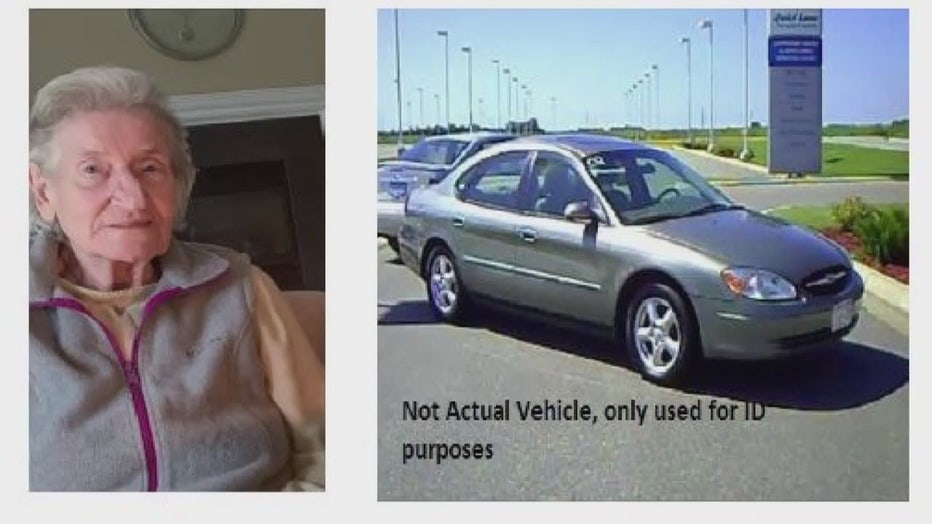 A family is issuing a plea for help as four days have passed since they've seen or heard from 86-year-old Irene Kin.

"She's in no trouble at all - we just want to get her home to her family," Tanguay said.

If you see Irene or her car, call 911 or the Trenton police.