Many may know Jason Wilson from the viral video of a training session between the instructor and a young student that started crying during training. It even caught the eyes of producer Roy Bank and Lawrence Fishburne.

DETROIT (FOX 2) - Jason Wilson's remarkable work mentoring and training boys in Detroit is now the subject of an ESPN documentary.

Wilson founded The Cave of Adullam Transformational Training Academy nearly 20 years ago, spurred by what he saw as a great need among boys and young men.

"I just wanted to answer the call for the as such for, especially Black boys. At the time it was a lot of boot camps and scared straight programs, and I quickly discovered that our boys didn't need to be scared straight – they needed to be healed," he said. 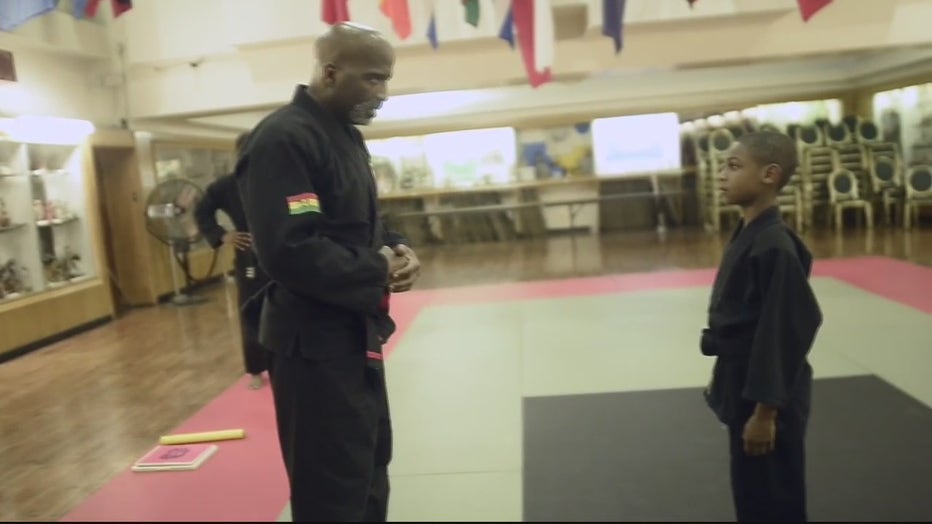 A video from a training session in 2016 went viral and caught the attention of award-winning producer Roy Bank and eventually Lawrence Fishburne who would serve as the documentary’s co-executive producer.

"He says, ‘Jason, this story has to be told.’ And the rest was history," Wilson said.

Crews wrapped up recording in 2019, but the pandemic dashed their hopes of a 2020 release.

The documentary debuted at this year’s Tribeca Film Festival and won "best documentary feature." It follows four Cave of Adullam students as they learn to master their emotions and themselves.

The documentary is streaming on ESPN+ and will air Sunday evening on ESPN.