The underlying message intersecting sermons given was that of a second chance. "Everyone deserves an opportunity for a second chance who has turned their lives around," said Alice Johnson.

Johnson was at the New Bethel Baptist Church in Pontiac to press for community leaders to support reforms to Michigan's penal system that could both shorten sentences while incentivizing good behavior for those incarcerated.

"If someone is doing well in prison - they’ve turned their lives around - should that not count for something?" Johnson asked.

Johnson had her sentence commuted in 2018 by then-President Donald Trump after she served 21 years of a life sentence for a non-violent drug offense in Tennessee. The 63-year-old required the lobbying of Kim Kardashian who visited the White House at the time to be freed.

But she doesn't want it to require such a high-profile advocacy to shorten a sentence. Johnson wants a system where prisoners can work for shorter sentences.

"It really helps motivate those who are incarcerated to help good behavior. It helps stem violence in prison. It also makes a difference," she said. 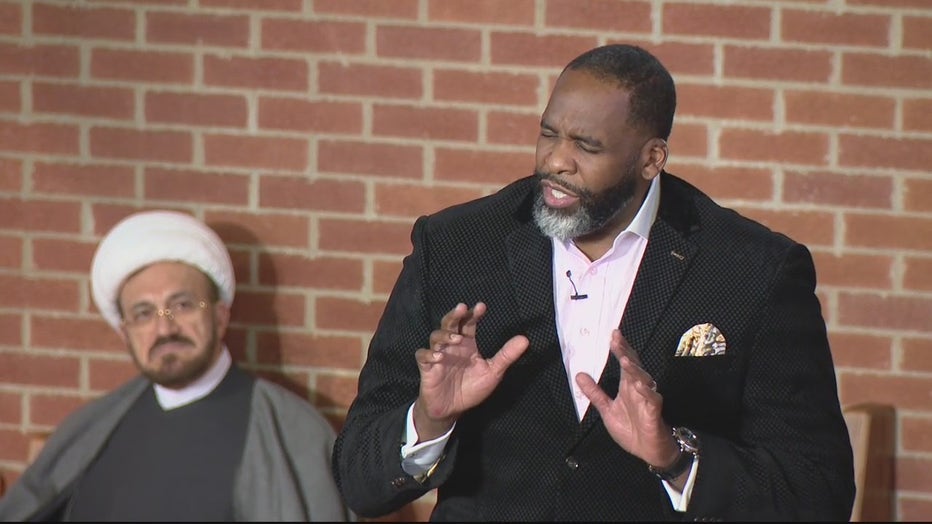 Like Johnson, ex-Detroit Mayor Kwame Kilpatrick who was also in attendance Sunday, had a lengthy prison sentence commuted. He's since spent his time outside of prison pushing for better conditions inside jails, while turning toward faith for added courage.

Both Johnson and Kilpatrick's advocacy are part of a legislative drive to reform Michigan prisons.

"We are asking them to reinstate good time not because we want the floodgates to open because that’s not the case. Each individual will have to earn that right by keeping a clear conduct. By successfully working on programming," said Kimberly Woodson, the campaign organizer for Michigan Liberation.