FOX 2 - Thirteen people facing charges from all over the state, but we're starting to learn more about alleged involvement in these militias.

On a YouTube video of Brandon Caserta can be seen where he is heard expressing his disdain for law enforcement.

Kim Hundt says she has known Paul Bellar for years but did not know he was a suspected militia member and is not surprised.

"You are not going to achieve freedom by continuing to support these people," he says.

It is alleged he was among the militia members working to kidnap Governor Gretchen Whitmer from her vacation home up north, storm the Capitol and overthrow the government,  partnering with another militia group known as the Wolverine Watchmen.  It is a group according to the complaint that was brought to the attention of law enforcement in March for their efforts to find home addresses of police officers to target and kill them. 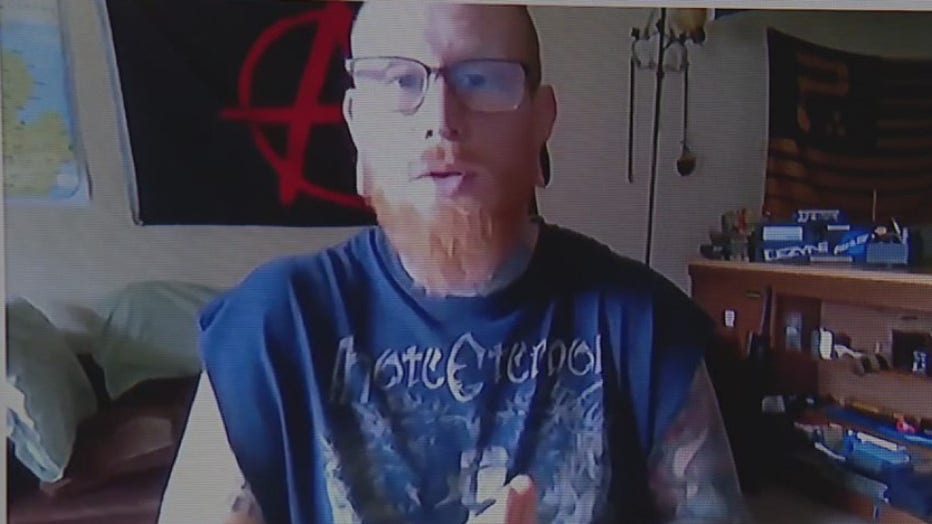 Two of the alleged Wolverine Watchmen are from metro Detroit. Noone appeared to be around at the Belleville home of Shawn Fix - now charged with providing material support for terrorist acts and possession of a firearm in the commission of a felony.

In Milford, 21-year-old Paul Bellar is facing the same charges as well as being a gang member. People who knew him, say he was kicked out of this mobile home park six months ago.

Bellar was arrested in South Carolina and investigators are starting the extradition process to get him back to Michigan.

"I had a run-in with him here with my younger daughter - and he actually threatened me with a gun," said Kim Hundt.

Hundt says she has known Bellar for years but did not know he was a suspected militia member.

"I'm not surprised at all," she said. "He's just a very angry person - basically he thought he could take the law into his own hands.

"He made it real clear that he had an arsenal of guns in his home and he made it clear to neighbors, too."

Hundt says Bellar had been evicted from his mobile home for failure to pay rent. She suspects he was angry at the governor for the closures ordered due to COVID-19.

"Part of the reason they got kicked out of the park was for back rent, he couldn't work," she said.

"I think he blamed her for that," Hundt said.