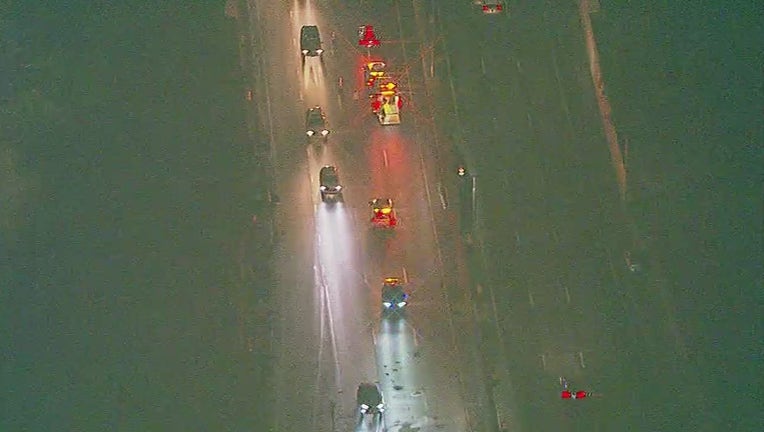 Aerial footage over I-94 in Detroit

DETROIT (FOX 2) - Michigan State Police shut down eastbound lanes on I-94 in Detroit after a fatal crash Wednesday morning.

A woman who was traveling in a passenger vehicle when she crashed after losing control and striking the center concrete median.

The crash happened around 3:20 a.m. on I-94 near Woodward Avenue in Detroit.

The woman was partially ejected from the impact, getting crushed between the median and her vehicle.

She was pronounced dead at the scene. Police closed EB I-94 at Trumbull and SB M-10 Freeway leading onto I-94.

Police: Man posing as electrician scams Ferndale resident out of $500 in supplies

Police have identified her and are working to notify her family. An investigation will continue after a medical examiner finishes at the scene.