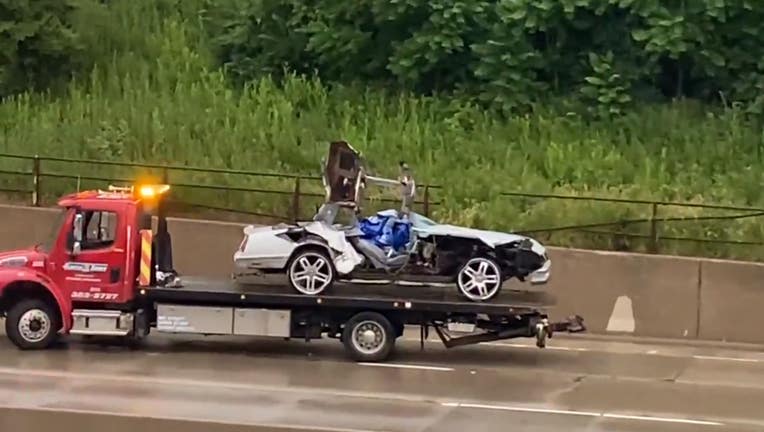 DETROIT (FOX 2) - A fatal crash on the Lodge Freeway in Detroit that shut down access Monday morning has been cleared.

The crash, involving at least one passenger vehicle left one dead after the accident, which occurred around 2:45 a.m. The Michigan Department of Transportation shutdown the northbound lanes for the crash investigation.

According to state police, a tow truck was partially blocking the right lane when a Monte Carlo driven by a 40-year-old man from Detroit struck the vehicle. The emergency lights on the tow truck were on, police tweeted.

A 36-year-old woman from Westland was also in the passenger car when the crash occurred, killing her.

The crash happened near the I-75 ramp on M-10. It's since been reopened.

Neither the driver of the Monte Carlo, nor the tow truck driver were injured.

Police said impairment "appears to be a factor" in the crash.

The car involved in the crash received major damage. Emergency crews could be seen using power tools to break open the vehicle.

It's unclear what caused the wreck.