A 21-year-old football star at Davenport University in Grand Rapids, a native Detroiter and alum of Central High School destined for great things.

DETROIT (FOX 2) - In the blink of a muzzle flash – Eyquan Cobb’s life was over.

A 21-year-old football star at Davenport University in Grand Rapids, and a native Detroiter, who went to Central High School, was destined for great things.

He came back home – to celebrate his birthday last Friday, met up with some friends. They were parked off Stoepel near Santa Maria, when a dark-colored SUV pulled up and started firing.

Eyquan was shot and killed, his two friends – were also shot, but will survive.

"Back then they would fight with their fists, now they bring the guns out," Edward said. "I don't know where these guns is coming from. They need to take all these guns off the streets because they are killing our kids."

Detroit Police with more questions than answers at this point - as they search for the shooter or shooters in this drive-by.

In the locker room at Davenport University, his locker will go untouched. A single dad, broken – remembering the joy he felt watching his son play.

"When he got on the field I just pop up and he said 'My dad's here' and then he had to show out for me," Edward said. "My son was a good kid, I don't know why they took him from me. "

Investigators are looking for a small, dark-colored SUV – in connection to the shooting, that might have bullet holes from return fire in self-defense. If you have tips, you know what to do – call Detroit Police right away. 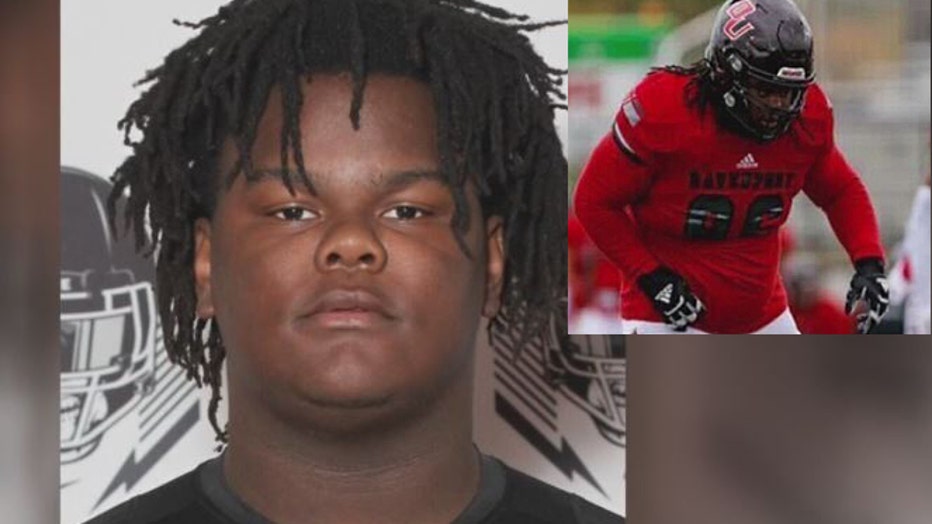