DETROIT - A federal judge has rejected a request to throw out Michigan's election, saying in a blistering motion would disenfranchise more than 5.5 million votes cast for the 2020 election.

It's the latest failed appeal from the GOP to overturn the Michigan election, despite little evidence of fraud being committed during the November election.

The plaintiffs are asking the court to "ignore the will of millions of voters," read an opinion from Judge Linda Parker in the eastern district of Michigan. "The people have spoken." 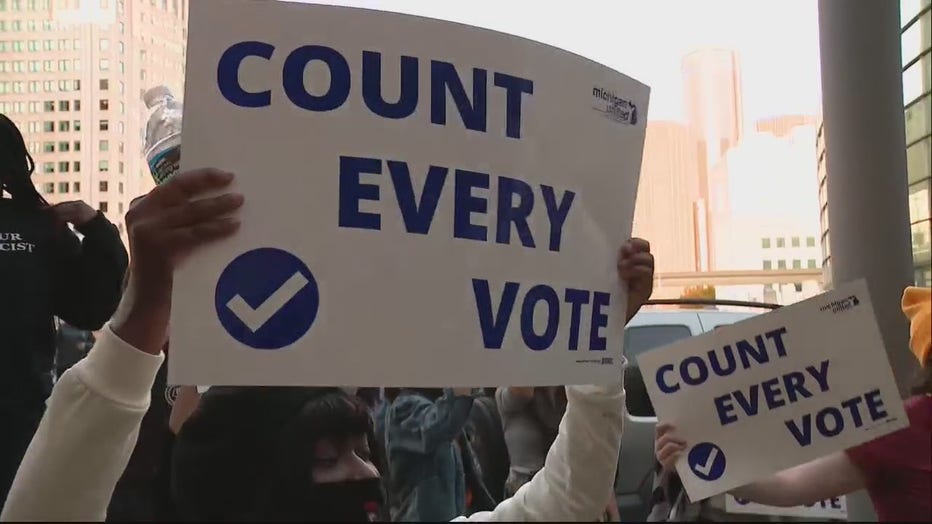 Alleging an array of election-related crimes and violations of the 14th amendment, individuals nominated by the Republican Party to be presidential electors originally filed the suit against both Michigan's governor, the secretary of state, and the Michigan Board of Canvassers in late November.

Among the requests made by the plaintiffs were to order the state to decertify the election, order Gov. Gretchen Whitmer and Secretary of State Jocelyn Benson to not transmit certified results to the Electoral College, and instead certify the election results for Donald Trump.

They also asked to impound all voting machines for inspection and for a manual recount of all absentee ballots.

"The ship has sailed" on these requests, argued Parker, who wrote any relief she could provide "is no longer available." While many of the accusations of election-day fraud and voter equipment malfunctions are alleged to have occurred within a day of the election, no lawsuit was filed for weeks.

"The deadline for them (plaintiffs) to do so has passed. Any avenue for this Court to provide meaningful relief has been foreclosed."

Many of the accusations made by the plaintiffs were based more on "belief" including claims that the vote in Wayne County had been rigged against the president. Parker said the argument being made "is an amalgamation of theories, conjecture, and speculation that such alterations were possible" but were never proven.

"In fact, this lawsuit seems to be less about achieving the relief Plaintiffs seek—as much of that relief is beyond the power of this Court—and more about the impact of their allegations on People’s faith in the democratic process and their trust in our government."

You can read the entire opinion below: