Workers are taking down festival tents at Green Acres Park Tuesday. The carnival there has been a beloved tradition for families since 1988.

"I don’t want to go back ever again," said Alisa Barrows.

Barrows says she watched her boyfriend's 13-year-old brother get beat up by a group of guys at the festival. She said it all started as she and Angelo Gonzales were walking to the car Monday night.

Barrows said some boys went up behind Angelo, hit him in the back of the head, and pushed him toward the street.

"As they got them in the street there was more of them," she said. "They got them on the ground, and he had to cover his head, because they were kicking him in his head, in his face, and his back."

Thankfully Angelo is not seriously hurt. He has some scrapes and bruises, and is dizzy and sore.

"I’m sick, it’s disgusting, it breaks my heart. It's my kid," said his mother, Mellisa Gonzales-Werner.

"They could have killed my kid, they could’ve killed any of the other kids they pummeled," Werner said.

Angelo's mom says a 21-year-old family member has broken ribs and a concussion from another fight. Photos of a different family member show scrapes on his arm and head.

This also isn't the only recent violence at a festival. Last month FOX 2 obtained phone video showing two brawls at a carnival in Sterling Heights.

The Saint Mary's Festival that normally happens over Memorial Day weekend was canceled because of safety concerns.

Police tell us they called for mutual aid from other cities to help with crowd control. Right now it's not known if the carnival will be back next year. 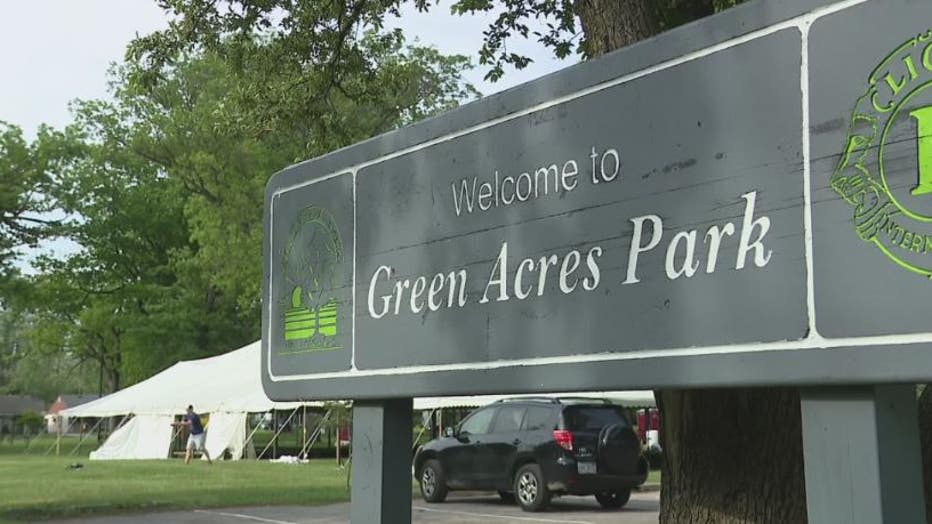