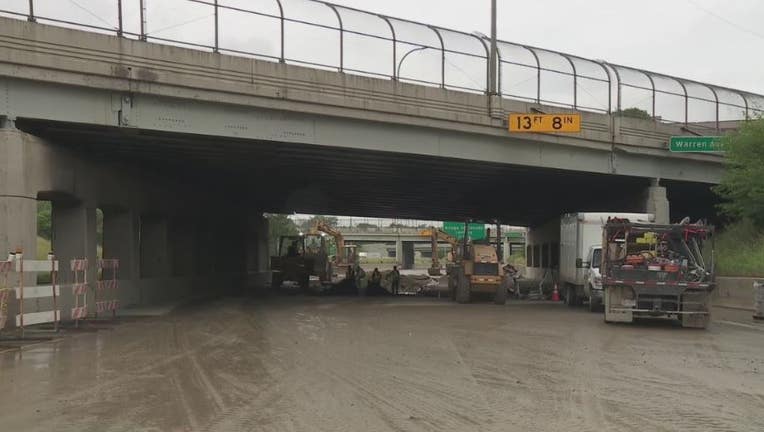 DEARBORN, Mich. - The last remaining stretch of I-94 that was closed off due to severe flooding in June has been reopened.

The Michigan Department of Transportation announced Friday afternoon that eastbound lanes between Michigan Avenue and W. Grand Boulevard on the freeway had been reopened.

One lane remains closed at Warren that officials say won't be accessible until Tuesday.

While several spots of Metro Detroit showed evidence of flooding and heavy rain, I-94 became the poster child for another season of failing infrastructure that can't offset severe weather a couple of weeks ago.

Footage of multiple sections of I-94 showed the pavement several feet below water.