The city of Detroit is mobilizing to help its most needy residents recover from the June floods that filled basements with water.

DETROIT (FOX 2) - As the city of Detroit waits for the federal government to help pay for the massive damages from last month's flooding, Mayor Mike Duggan isn't waiting around to get homeowners and low-income families the help they need.

Duggan announced the city is setting up resources to help people in need as it waits for the government to declare a disaster in the city.

In addition to getting basements cleared out and soggy debris removed from curbs, the city is seeking a disaster declaration from the federal government so homeowners can get financially reimbursed for losses due to flooding, Mayor Mike Duggan told reporters Thursday.

The Federal Emergency Management Agency paid out more than $80 million in losses following a storm and flooding in Detroit in 2014, Duggan said.

"The one this year is probably triple the size," he said. "It is going to be an enormous amount of money, and our residents and a lot of the other communities' residents suffered greatly."

FEMA staffers were in Detroit and neighboring communities Thursday assessing damage from the flood, Duggan said.

"The most important thing that will matter to all of us is getting the federal government to declare the situation a disaster area for Detroit, for Dearborn Heights, for Washtenaw County in Ypsilanti, and the like," he said.

Now Duggan announced a plan for Detroiters who, for financial reasons, can't afford to hire contractors to restore their property.

"City crews are going to start going into houses with homeowners who have a city poverty tax exemption. You know who you are - there are about 11,000 families," Duggan said. "If you are over 65, or you're disabled, or you have a household with children 10 years and under, we want to get these houses clean and sanitized."

"What the city team will do is remove the debris, the damaged drywall, the tiles - clean, sanitize, and dry. When they leave, your house will be fully safe from a health standpoint," Duggan said.

For information on how eligible Detroiters can register for this service go to the city of Detroit's website.

"We’re going to be ready to send contractors in very quickly and, for the first time, our most vulnerable will get help first," Duggan said.

The city also says all responsible parties need to do their part and is cracking down on landlords who are not taking responsibility for cleaning up for their tenants after the flood damage. 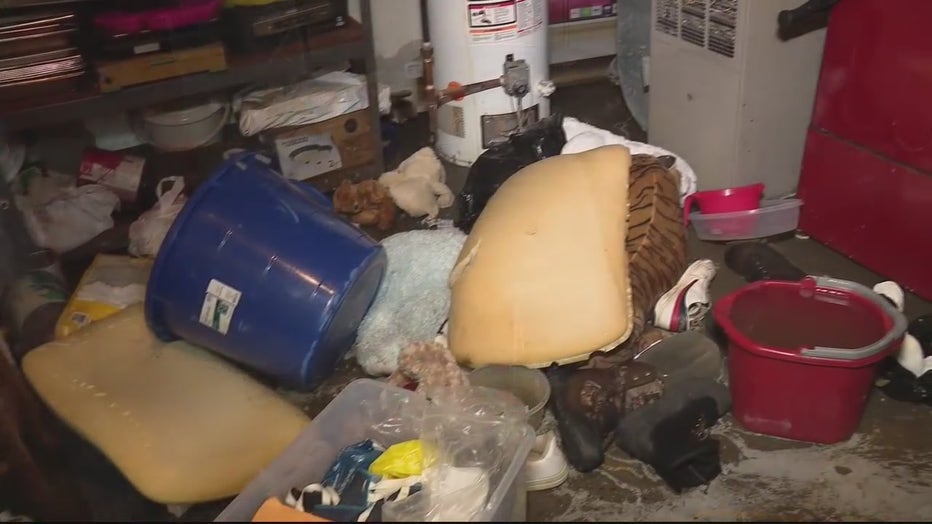