Firefighters from Michigan and Indiana learned specialized skills for battling basement fires during a training in Livonia.

LIVONIA, Mich. (FOX 2) - Firefighters from 24 departments in Michigan and Indiana learned how to fight some of the most dangerous fires during training Wednesday in Livonia.

"It’s the most hazardous fire as firefighters we can fight. We are basically going down the chimney," said Brian Kazmierzak, the training coordinator for the Benton Harbor Fire Department.

Crews went into shipping containers designed to simulate basements as they learned techniques for handling the fires. 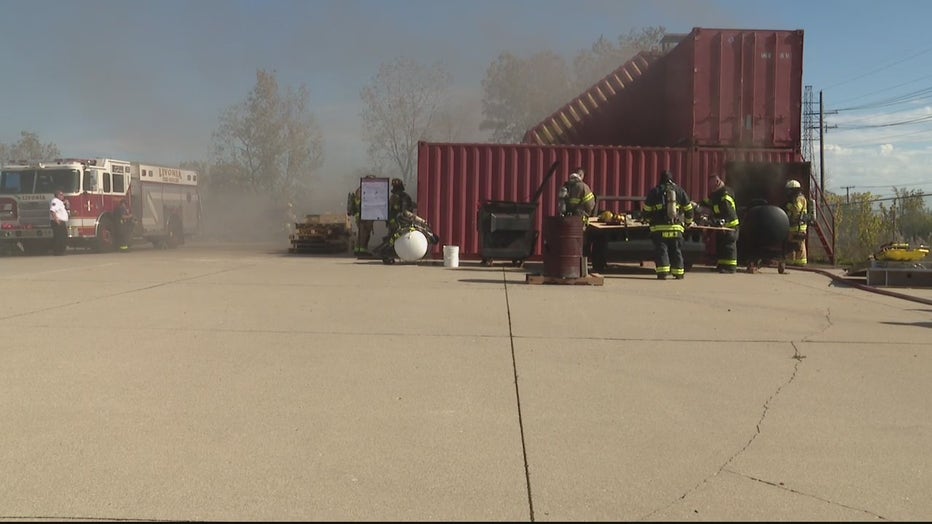 "We are burning some dollhouses or Barbie's house, which is a small-scale fire behavior prop," Kazmierzak said.

The training hosted by the Livonia and Northville Township fire departments is thanks to a federally funded grant program that allows firefighters to practice scenarios they could encounter in the field.

"Mistakes provide a good learning opportunity but we want those mistakes to be made on the training ground, not in real life," Jesse Marcotte, the training coordinator with the Northville Township Fire Department.

Since January, there have been 86 deadly fires. According to Marcotte, only 45% of those fires had working smoke detectors.

In addition to making sure your smoke detectors work, be sure your basement has a way to escape and you have a plan if you ever need to get out because getting out quickly is key.

"In the past the way buildings were built, both the construction and then what the furnishings are inside, what our furniture's made of, gave us roughly 17 minutes to escape a fire, whereas today the way things are built and with modern furnishings, that's down to three minutes to escape for the average person," Marcotte said.

Shutting your bedroom door when you sleep can also buy you more time.