Ford will spend a quarter of a billion dollars on production for its new electric truck after more than 150,000 pre-orders were placed.

DEARBORN, Mich. - Ford is planning to ramp up production of its new electric truck with an additional $250 million investment at three of its Michigan plants, following more than 150,000 preorders for its F-150 Lightning.

The automaker's newest announcement adds hundreds of jobs and upgrades to the Van Dyke Electric Powertrain Center, its Rawsonville Components Plant, and the Rouge Electric Vehicle Center - the main hub for building the new truck. The company broke ground at the Rouge site last year following an initial $700 million investment.

Ford executives were alongside UAW representatives and Gov. Gretchen Whitmer Thursday to announce the latest push into the electrification of its fleet.

Lightning prototypes have already left the factory for real-world testing. Ford has hopes of making the truck available to customers beginning next spring.

Already in the middle of a costly global restructuring, Ford has exited several foreign markets while putting increasing pressure on its electric vehicle presence. Thursday's announcement is the latest in a string of money spending moves designed to pivot the company toward EVs.

The extra money will increase the capacity for building the Lightning by 80,000 trucks a year. The company's executive chair Bill Ford said interest behind truck had surpassed expectations, "so we are doubling down."

"This truck and the Ford-UAW workers who are assembling it in Michigan have a chance to make history and lead the electric vehicle movement in America.," he said.

The starting cost of a Ford Lightning is $40,000 and the battery has a driving range of 300 miles.

"We’re standing on the edge of an era of electrification that will be built in factories like this one by hardworking UAW members and the innovative minds at Ford," said Whitmer. 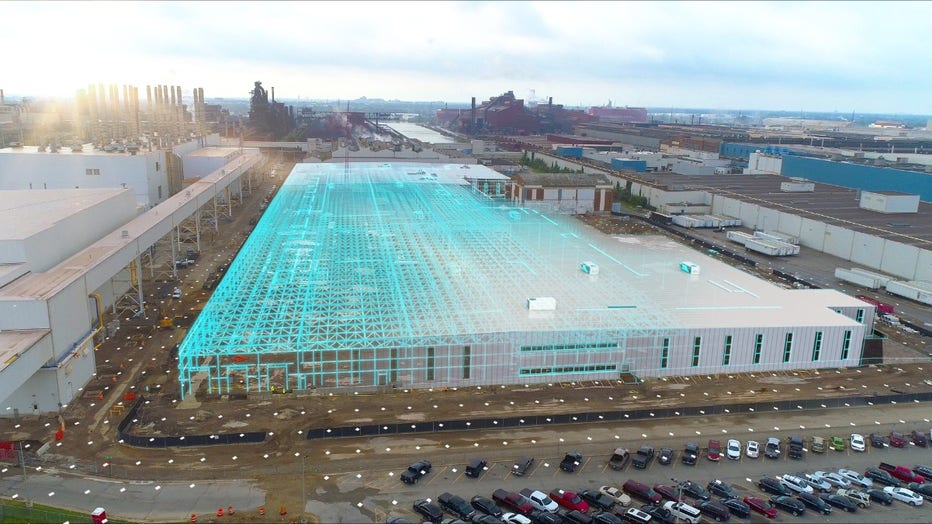