Ford hasn't forgotten about self-driving cars. In fact, you can buy one now - and it's a true luxury SUV.

DETROIT (FOX 2) - As more and more electric vehicles have been released by automakers, including Ford, they're not distracted from another goal of creating self-driving cars.

Once our hands were off the wheel, the SUV continued its straight path. Even if we tried to make it veer, it corrected to find the true center.

It's the next evolution of cruise control - no hands on the wheel or foot on the gas or brake.

If you buy the SUV, you can use the feature on highways including I-75, 696, and 94. Ford says it functions with a forward facing camera coupled with a radar system.

But Ford isn't done. The company plans to take it even further with another stage that doesn't even need a person in the car at all.

So, for now, hands off the wheel but eyes need to stay on the road. In fact, in-car sensors built into the dash will be watching you. If you look down or away from the road, you'll hear a notification to pay attention.

Once you look up and back at the road, the alarm turns off.

Electric vehicles: What range anxiety is and how technology will solve it

If you remain distracted, the SUV has tactics to further alert you, including brake pulses to snap your attention back on the road. It has the capacity to go from full speed to a full stop if you're not paying attention.

There's one thing to note - if you want to change lanes, you do have to put your hands back on the wheel. For now. An auto lane change feature is coming but not until later this year.

Fortunately, that's just an update. Ford calls them Power Ups - and, through the software in the SUV, it will be done through your WiFi. 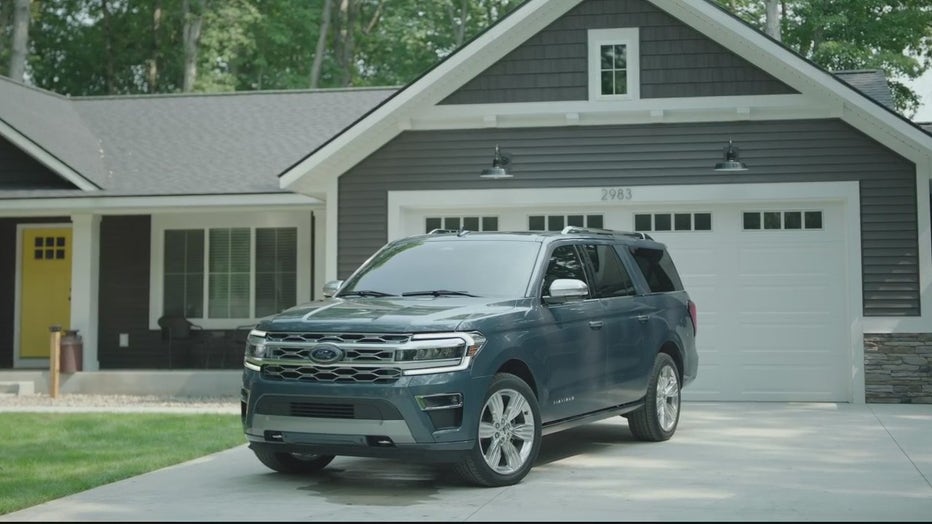 Ford is rolling out Blue Cruise, its self-driving functionality, and we took a test drive in the Expedition Platinum.