(FOX 2) - A former Avondale high school teacher accused of having a sexual relationship with a 15-year-old student two decades ago was sentenced to probation Monday.

Aaron Donaghy was initially charged with three counts of first-degree criminal sexual conduct for incidents that happened between 1999 to 2000.

A woman, who is now 34, came forward to testify about her relationship with Donaghy while she was a 15-year-old student and he was a 27-year-old teacher at Avondale High School in Auburn Hills. The incidents occurred at Donaghy's former residence, an apartment in the area of Coolidge and Maple in Troy.

He was ordered to stand trial and a jury found him not guilty of two counts of criminal sexual conduct. An error on the final count caused a mistrial. He pleaded no contest to aggravated assault on October 18.

The woman testified it all started she was a freshman in Donaghy's earth science class. She said she was involved in school organizations and would see him more and more frequently. The woman says she saw Donaghy as a mentor and she confided in him about her father's sudden death from a heart attack.

A few months into the school year -- the alleged victim's friend got sick. She says Donaghy volunteered to drive a group of students to the children's hospital for a visit but when he picked her up at her house, no one else was in the car.

The woman says the hospital visit led to dinner at Pizza Pappalis and then a stop at his apartment in Troy. She claims he told her to come in because it was too cold to stay in the car. As she sat on his couch she says that's when Donaghy made a move.

"He asked me to close my eyes and he kissed me," she said during last year's trial. "He proceeded to tell me that he was in love with me, that he believed that people are brought into each other's lives for a reason, there was a reason I was put into his class and he was my teacher."

The woman says after that, they felt like they were in a relationship. They had lunch together in his classroom every day and soon, Donaghy began planning to take things to a sexual level. 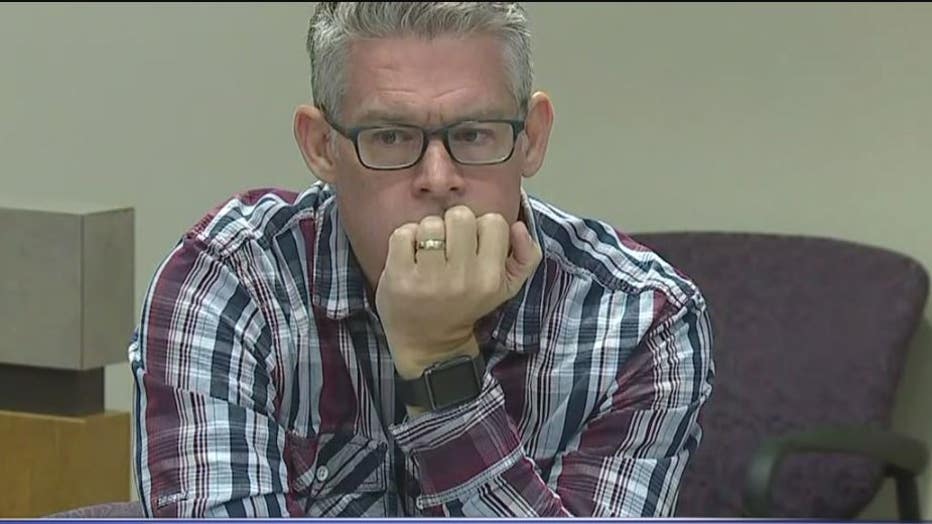 She says the relationship continued into her sophomore year until she decided to end it, wanting to live a more normal life. She says she was afraid to tell anyone about it.

"No one's reaction would ever be what I wanted, which would be, yes, here's a platform for you to unload, so I just never did," she said.

The woman finally decided to come forward in December 2017 when her niece became the same age and went to the same school.

Donaghy spoke at the sentencing, describing how the accusations have affected him, his teaching career, his friends and his family. He said he hopes the past two years have been a time of healing for the victim. Then the woman involved took the opportunity to speak at the sentencing.

"(He) took advantage of our vulnerability and capitalized on the death of my father, seeing it as an opportunity to get what he wanted. He charmed his way into my life and into the life of my family, convincing everyone that he was only there to help, using the excuse that my father died and my family needed him. This man took the greatest heartache of my life and used it for his own selfish gain, to manipulate his way into a sexual relationship with a child," the woman said.

The judge said this case is an example of why some victims are afraid to come forward.

"In the face of a group effort to shame, intimidate, and bully her -- the victim has demonstrated grace and self-restraint," she said.

Donaghy, who now lives in Texas, was sentenced to 24 months of probation.