Mark Schlissel will return to his role as a tenured professor per the terms of his contract. He was removed from his role as the president of the University of Michigan after he allegedly had a relationship with a subordinate.

ANN ARBOR, Mich. (FOX 2) - Mark Schlissel, who was fired from his role as president of the University of Michigan earlier this month, will return to his faculty role as of now.

Related: Lawyer says U-M may not have had just cause to fire Schlissel

The university said that Schlissel has always had a faculty position. His firing does not change this. 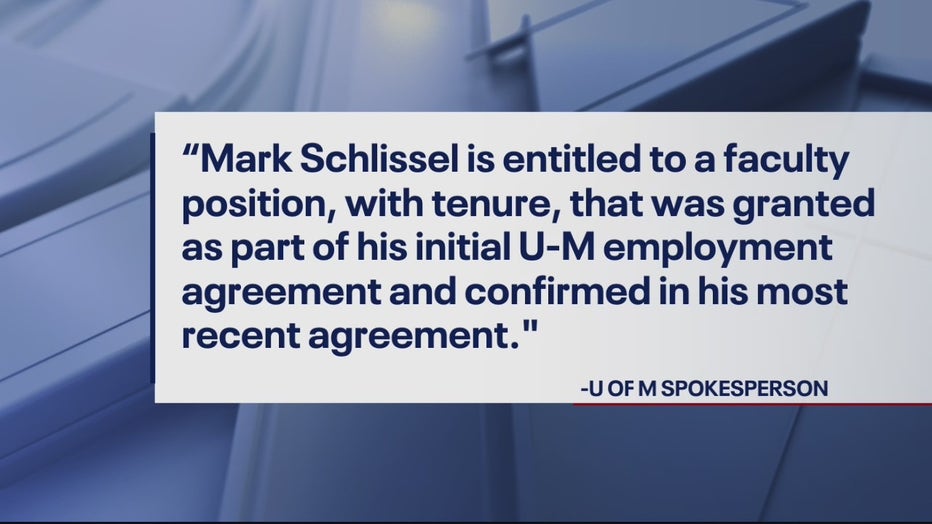 "Ethics or not, it seems like a matter of the contract, and he has rights as a faculty member to not be fired at will," said Mark Navin, the Chair of Philosophy at Oakland University. "Tenure is constantly under threat because what tenure is, is a kind of freedom from inference from corporate and political power."

He said because Schlissel is tenured, he's entitled to due process.

"It's entirely appropriate to criticize Mr. Schlissel and to hope that due process would see him terminated from his faculty position, but we want to separate that from the real public interest it's served by having free inquiry and research by faculty members," Navin said.

Schlissel holds tenured professor roles in the Molecular, Cellular and Developmental Biology department and the Microbiology and Immunology department.

Right now, the departments are determining what his initial duties will be as he returns.