OAKLAND CO. Mich. - Contrary to the feelings of most Michiganians on the subject of winter driving, Jason Matthews feels different.

"I like driving in the snow," he said. "It makes it more interesting."

Of course, Matthews enjoys driving in the winter. He used to do it for work. Now though, he only does it for fun.

For Matthews and the rest of Michigan's winter drivers, regardless of preference, can look forward to some more snow. About 2-4 inches of precipitation are expected Wednesday night and into Thursday morning.

Preparing for a heavy snowfall, Oakland County uses brine from salt water on its roads

While parking lots get the pre-salt treatment ahead of a snowfall, the Oakland County Road Commission takes a slightly different strategy. They pump saltwater our of their wells and spray brine on the roads.

But that's not where it ends. Bleeding from Thursday into Friday, another half-inch to inch-and-a-half of snow is expected to fall over the region. Southeast Michigan will seek the bulk of the expected snowfall, with Detroit predicted to get 4.7 inches in total.

RELATED: Snow timeline for SE Michigan as 2 to 4 inches expected to fall

There's good news on the way for anyone without the last name Matthews, however. Warm temperatures will be on the snow's heals, but only after the weekend is over.

To prep for the snow, Oakland County will be pre-salting its parking lots. However, they take a different approach to preparing the streets. Instead, they use brine.

"This is actually naturally occurring salt water. We just pump it right out of the ground wherever we own brine wells," said Craig Bryson of the Oakland County Road Commission. 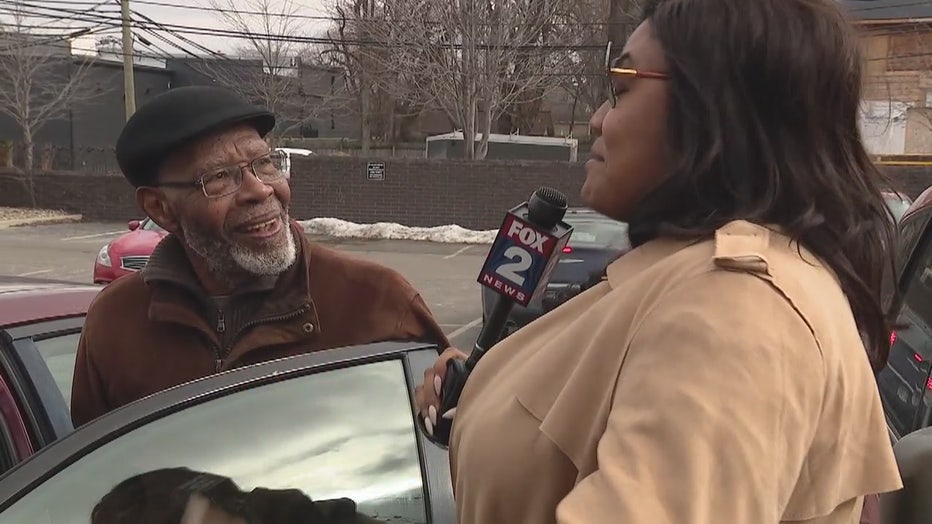 It mostly gets sprayed on bridges, overpasses, entrances, and exit ramps.

"That puts a bond down on the pavement surface that slows the formation of ice once the snow and ice does start," Bryson said. "We're ready 24 hours a day, 7 days a week, our folks are expert at this."