DETROIT - Legacy Detroiters have one more day to take advantage of an early application process that starts them on the path toward obtaining a marijuana license in the city before the offer opens up to people who live elsewhere. 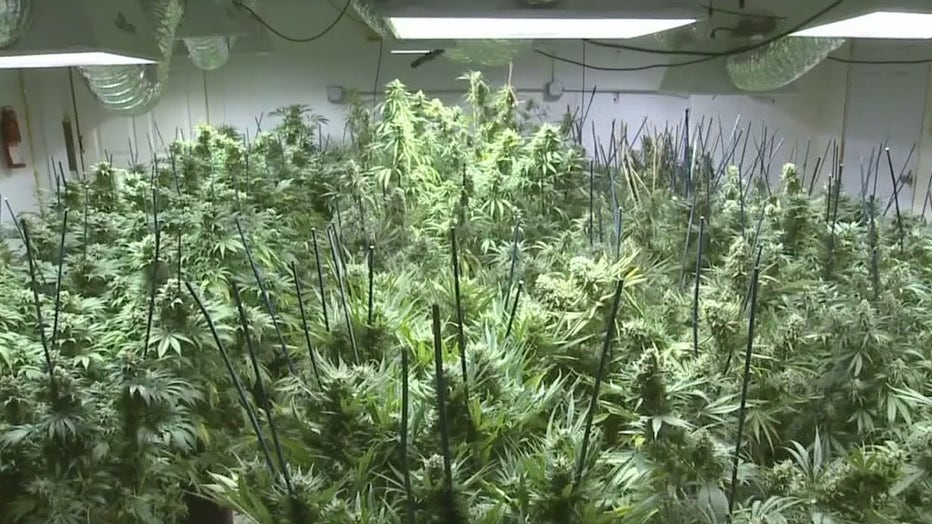 Residents of Detroit were given six weeks to send in their application to gain a Legacy Detroiter credential. Any individuals that gain approval gain priority access to 10 different adult-use recreational marijuana licenses.

So far, several hundred residents have already submitted applications to be eligible for a license, more than expected. Residents that qualify open up a breadth of benefits for starting a cannabis dispensary in the city, like low-cost land and discounts on licenses.

After Friday, the application process will close. Then in April, credentialed individuals will have a 45-day window to obtain a cannabis license, beginning April 1.

If there's one thing Michigan residents didn't shy away from during the pandemic, it was weed. Residents spent more than $340 million on pot last year. Some $45 million of that money was sent to cities, schools, and road improvements.

And that was just year one. Detroit is among the cities that haven't opted to allow the sale of recreational cannabis sales yet.

But when they do, the city ordinance passed last year dictates that at least half of all licensed businesses from the 10 different kinds of license categories must be awarded to longtime residents of Detroit.

The City Council pumped the brakes on opening the city to selling weed, interested in allowing residents to build up equity in the pot industry first.

So far, nearly 600 residents have submitted applications, Detroit media reported earlier this week. Data from March 4 say at least 180 legacy Detroiter certifications have been issued. In order for a resident to be eligible for the program, they must fit one of three categories:

For any residents that do earn Legacy Detroiter status, they can apply for a one-year "provisional" status if they don't own any property yet.

RELATED: Michigan pot sales totaled $341 million in 2020 - see where it benefits the state

If residents are unsure about where they could feasibly set up shop, the city has thought of that as well. Dozens of vacant and commercial properties owned by the city have been selected and potential sites to build a dispensary.

You can see all options or learn more about what's available here.

How to obtain an adult-use license

The next important date for Legacy Detroiters to keep an eye out for is April 1. That's when all licensed applicants can begin applying for adult-use marijuana licenses. The review process will happen in a 45-day window starting May 1.

There are also 10 types of licenses that applicants can sign up for. They include: