A 95-year-old Detroit resident shares her story of being carjacked in broad daylight - and how she did her best to fight him off.

DETROIT (FOX 2) - For 95-year-old ‘Delores’, a trip to the park to relax turned into a life-threatening ride when a man carjacked her in the middle of a Detroit park.

The woman, who we're not identifying but calling ‘Delores’, is 95 and this isn't something she should be worrying about. But a week ago, that's exactly what happened in the area of Woodward and Merrill Plaisance in the Palmer Park neighborhood.

"I'm just so glad he didn't kill me," she said. "He was hitting me all across the head he broke my glasses I just can't explain it all. It was a frightening experience."

She said she goes up to the park for a change of scenery and was sitting in the passenger side of her 2015 Chrysler 200 when she was the victim of a violent carjacking.

She said the suspect first said hello and then walked away. But she's 95 and has been around long enough to know that something wasn’t right. Before she could move, he was behind the wheel. But she wasn't going down without a fight.

"I started fighting, hollering, and yelling help," she said. "I was saying to myself he's not going to take me somewhere and kill me without someone seeing something."

He drove her around for a few minutes before dumping her about a mile away off of Woodward near McNichols.

"I said now how am I going to get where I need to go? So I said I'm going to flag down any car I see," she said.

Delores found one and they took her to the closest precinct.

Since then, investigators with the Detroit Police Commercial Auto Theft Taskforce have been working hard to catch this guy.

On Monday, they arrested a suspect in Novi at Walmart.

"Thank you, Lord, that you caught this because they got him off the street and they did it so fast," Delores said. 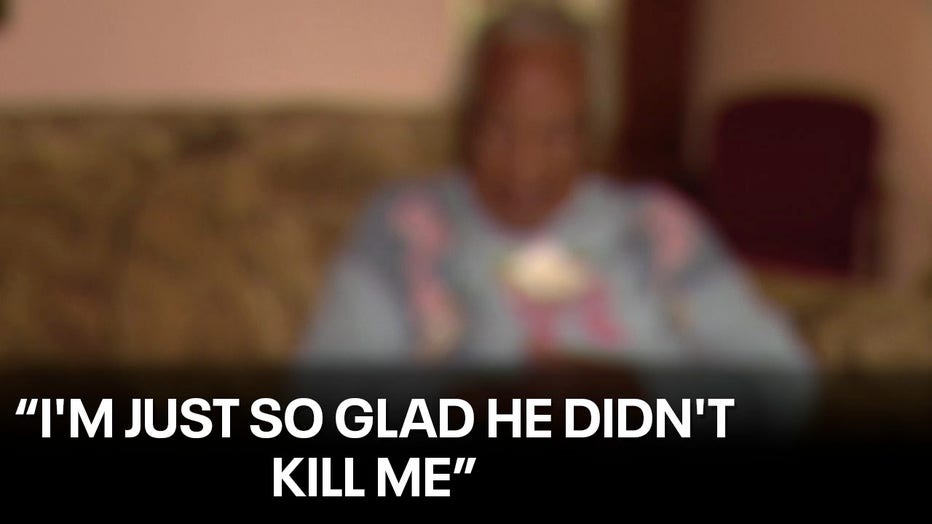 She's still very sore from last Monday's ordeal but is definitely feeling a sigh of relief now that police made an arrest. Investigators are buttoning up their case and will submit it to the Wayne County Prosecutor’s Office for charges this week.