A Detroit man was killed on Wednesday as he tried to help a family as they were seriously hurt in a car crash by three men in a stolen car. When he tried to hold one of the men, the suspect pulled a gun and killed him.

DETROIT (FOX 2) - An innocent man who was only trying to help a family who was seriously hurt in a car crash on Wednesday was killed after he tried to get the men responsible for the crash to stay at the scene.

The man's death came after a 3-car crash and a shootout in the middle of the intersection after he shot back at the man shooting him.

Detroit police say it happened around 3:30 afternoon on Tuesday. A stolen black Dodge Challenger from Belleville was speeding north on Greenfield when it ran a red light at W Outer Drive and hit a Dodge Journey.

That SUV was driven by 34-year-old Shannon Brown, who had four little girls in the car with her. They've all survived and expected to be okay but Brown said her 9-year-old daughter, Xariah, is being treated for multiple broken bones.

"I'm overwhelmed right now," Brown said. "I remember being in the air, flipping over, just praying."

After the crash, three men in the stolen Challenger got out and started to run. That's when a 41-year-old man from Detroit, who just happened to be in the area, stopped Shannon. He also tried to get the three men to stop running and even grabbed a 21-year-old passenger from the stolen car.

"He got a hold of them and (they) had a physical altercation," Lalone said. "The young man turned around and shot him. And as he was going down, the man with a concealed license holder, he fired his weapon and hit the young man. He has a non-fatal injury and we do have the young man in custody."

"Absolutely, he is a Good Samaritan, it's a horrible, horrible incident he's a good person and we appreciate him stopping," Lalone said. "We need witnesses more than ever again write down descriptions, routes to travel, things like that but to approach a suspect it's always dangerous and we ask not to do that."

Brown said she's thankful for the man's help even though it cost him his life.

"I am glad they were all there to help us. I'm just glad to be alive with my kids," Brown said.

The other two men from the Challenger are still on the run. 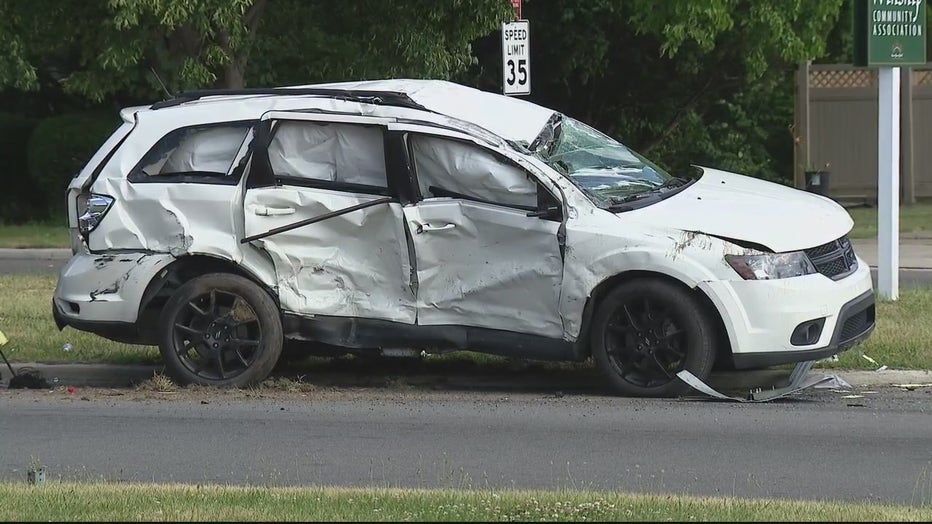