A 42-year-old Detroit man, who was only trying to help a neighbor in need, was killed when his car was t-boned Sunday afternoon.

DETROIT (FOX 2) - One man has died while his neighbor and her daughter are both fighting to live after three men who were in a stolen truck T-boned them and then took off.

The driver of the stolen truck ran a stop sign on the city's east side Sunday afternoon when they plowed into a car full of people, killing the other driver and hurting a woman and her daughter.

The violent collision, described by neighbors as an explosion, was caught on chilling surveillance video as they were traveling down Beaconsfield when they were T-boned by a stolen truck.

Markita Sanders and her 4-year-old daughter, A'nasia Fraley, were both hospitalized and are in intensive care. They both have head injuries, internal injuries, and broken bones.

Three men in the truck then got out and ran from the scene.

They were riding with their neighbor, 42-year-old Jeremy Earl, who was giving them a ride to the store when they were hit.

"For someone to hit him and show no remorse is horrific," Earl's niece, Marcia Moseley, said. "My uncle was a pillar in the community he helped everybody that could be helped."

Earl leaves behind a close and grieving family, which includes four sons. A GoFundMe account has been started.

"Anything can happen at any time so love on your loved ones. Love on your family, love on your friends because never in a million years did we think we would talk to Jeremy at 1 (o'clock) and get a call 4 that he was in a crash and didn’t make it," Moseley said.

The three guys who the police said were responsible are still on the streets.

"It’s so unfair. I don’t know how y’all sleep at night knowing that you did this to somebody," Moseley said. 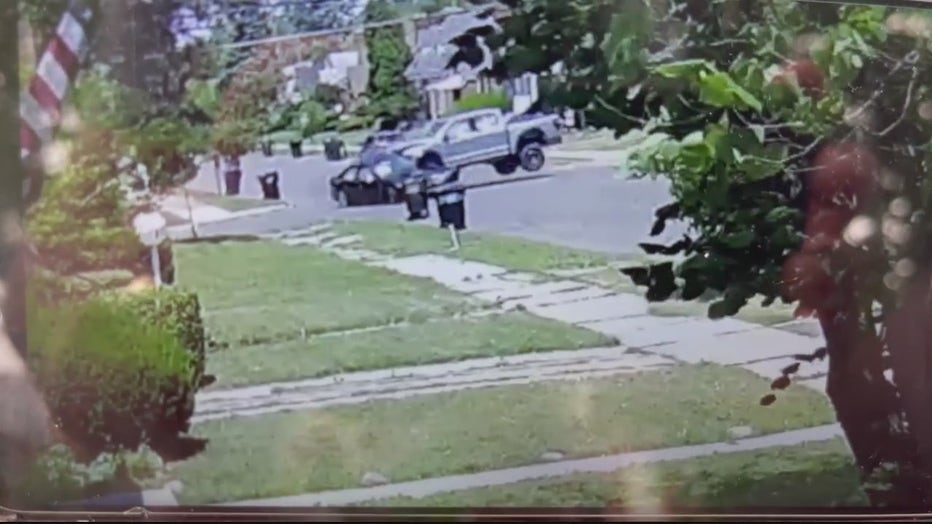 Surveillance video captured the moment a man was hit by another driver in a stolen car in Detroit on June 30.