LANSING, Mich. - Federal, state, and local law enforcement agencies have been deployed to the Michigan capital in anticipation of armed protests that will take place in Lansing over the weekend and potentially after.

The presence of Michigan State Poice has been increased while hundreds of Michigan National troops have been activated by the governor. Additionally, a perimeter fence will be erected around the Capitol building.

The measures taken by police are expected to be in place until mid-February. 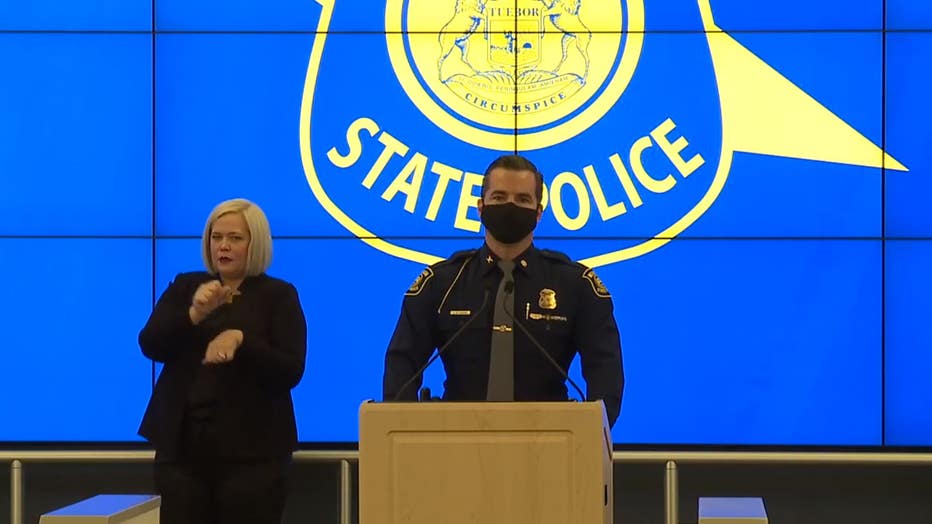 Michigan State Police Col. Joseph Gasper said that shortly following the insurrection that descended on the U.S. Capitol last week, online chatter about more armed protests in every one of the state capitals was being planned for Sunday.

"Out of an abundance of caution, we have already increased our visible uniformed presence in and around the Capitol," said Gasper.

Speaking during a Friday briefing alongside heads of the FBI, Lansing City Police, and the National Guard, Gasper said that precautions started on Monday and will likely remain for several weeks. 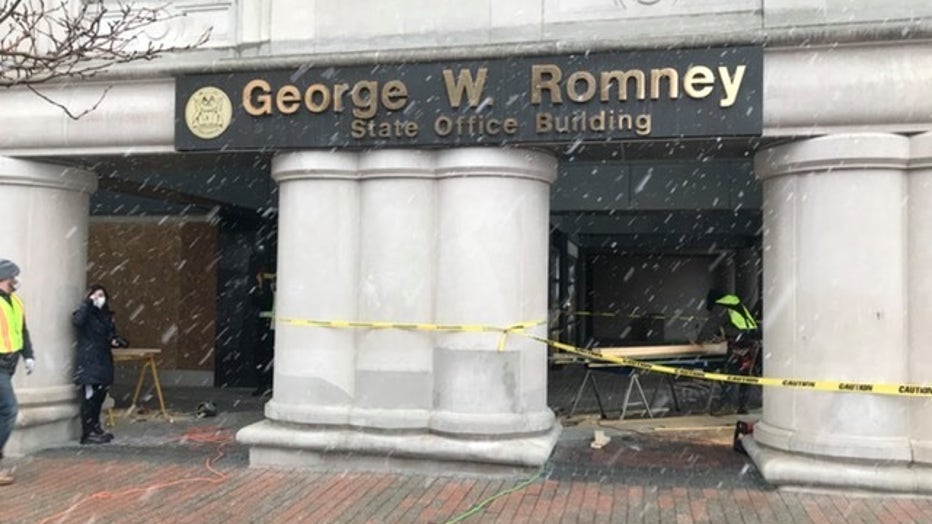 In addition to the fencing being constructed, which police said was modeled after a mid-90s fence that was used during a Ku Klux Klan rally, several other government buildings like the George W. Romney were being marked with police tape.

Gasper said there were many other measures that state police and the National Guard were taking that they would not disclose as to not compromise the planned operation. That includes an unknown number of law enforcement personnel.

"I can assure you that we take our responsibility for safeguarding the Capitol and those who work and visit here seriously and, together with our law enforcement partners, we will be prepared to ensure law and order."

Both Gov. Gretchen Whitmer earlier this week and FBI Special Agent Tim Waters this morning referenced a lot of "chatter" regarding the threat of armed protest. At least one group that spoke with FOX 2 earlier this week about heading to the capitol has canceled the protest after rumors of Proud Boy Groups coming to Lansing.

Attorney General Dana Nessel tweeted earlier this week that the Capitol was "not safe" despite recent precautions taken by the Michigan State Capitol Commission.