Schools in the state of Michigan are getting the largest-ever cash infusion of financial relief including the Detroit district which will receive about $1 billion.

The record funding which expects to be worth more than $17 billion was helped along by $4.4 billion in federally-appropriated money that was part of the COVID-19 relief package passed by Congress earlier this year.

It includes a 7% increase in per-pupil funding for most districts and charter schools, which translates to about $8,700 per student. That's enough money to close the funding gap that's weighed on schools for almost three decades.

Signing the bill at Ojibwa Elementary School in Macomb County, the Michigan governor praised the historic funding and sang the praises of the bipartisan path it took through the legislature. 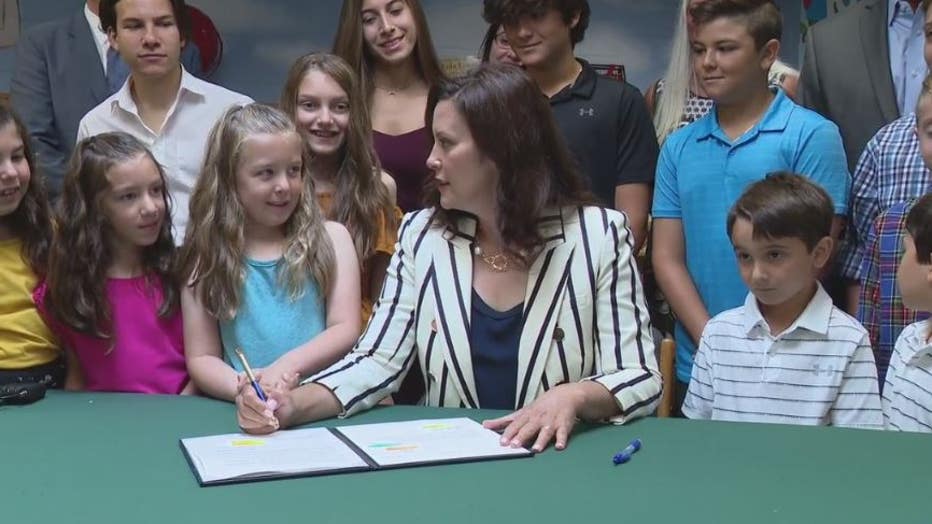 "Our actions today prove that Republicans and Democrats in Lansing can work together to enact budgets that are laser-focused on helping Michigan take full advantage of the unprecedented opportunity we have right now to make transformative investments in our schools that will have positive impacts for generations," said Whitmer.

The funding will be prioritized toward schools serving children with the highest need, a nod to the historic barriers that many poorer districts have faced for years.

The education funding is part of a $65 billion budget that the legislature is still debating.

"My colleagues and I are proud to have partnered with the Governor on HB 4421. This bill will send billions of federal covid relief dollars directly into our schools and classrooms for PPE, support staff, academic intervention, mental health services, air quality improvements, and more," said Rep. Regina Weiss (D-Oak Park).

While the one-time funding bill addresses inequities for the current fiscal year, the Michigan Education Association President warned it wouldn't fix the issue of schools missing out on money down the road.

"This federal funding is a game-changing opportunity to invest in our students and schools, from aiding learning recovery, to addressing the educator shortage, to fixing aging school infrastructure," said President Paula Herbart. "This infusion of cash won’t permanently solve decades of underfunding education, but in the short run it can show our communities what’s possible when we properly fund our schools."