LANSING, Mich. - Several weeks ago, Gov. Gretchen Whitmer set a goal to get every school district open to some form of in-person learning by March 1. The deadline arrived today, so how'd we do?

Did schools meet the March 1 goal of reopening in-person learning?

A new study shows that around 97 percent of school districts in Michigan planned to offer some form of in-person learning by March 1, an unofficial deadline set by the governor to reopen learning to all.

A recent survey of Michigan districts found that around 97% met the criteria.

Although, some notable exceptions were also reported - namely Detroit Public Schools which hasn't released formal plans of reopening, but intended to start in early or mid-March.

While returning to some sense of normalcy can help with morale in a state exhausted by pandemic-induced rules and public health restrictions, there are ripple effects to getting kids back in the classroom.

Officials have also identified increases in mental health issues in young kids isolated from friends and stuck at home. Several school districts in Michigan have reported student suicides that often became flashpoints in the debate over whether learning centers should be reopened.

But the effects go beyond that - with kids at school, parents won't be pigeonholed into choosing whether to stay home or go to work. Those sorts of decisions have made the responsibilities of parenting harder.

Months ago, opening schools up was a debate over "if," especially in Detroit where the teachers union organized against the district and protested actions by the DPSCD to allow kids to return to in-person learning. 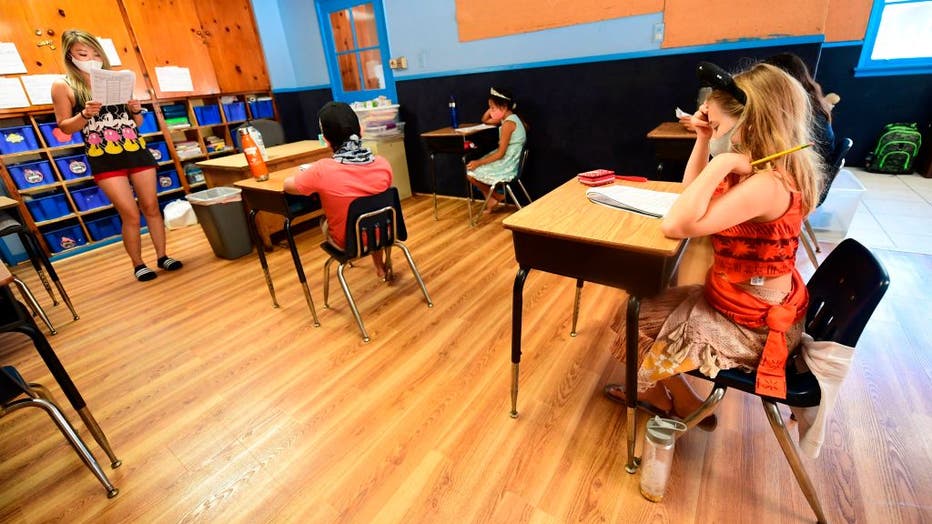 While the EON/BAMN caucus - an advocacy group for Detroit schools - remains against any form of reopening, Detroit Public Schools have gradually reopened anyways. Learning Centers were reopened to kids that need the resources the most last week.

However, with test positivity rates for COVID-19 well below 5% in the city, it appears likely the district will be reopening its doors within the next two weeks.