According to Eastpointe police, 19-year-old Ehmani Davis is known as a "regular" to them.

According to Eastpointe police, 19-year-old Ehmani Davis is known as a "regular" to them.

"He (Davis) got a ticket for allegedly driving without a license as an 11-year-old," said Detective LT. Robert Koenigsmann

Police say he went several years without committing a crime, but then, a barrage of offenses.

"There were a couple of disorderly conduct runs, family troubles. There was one offense he was caught with a taser and another offense where he allegedly had a pistol on him," said Koenigsmann

Police say Davis was supposed to appear in court today on one of those disorderly charges.

The most serious of allegations against Davis was in June of this year. Eastpointe police responded to a call for shots fired into a crowd of people during a prom party. Fortunately, no one was shot.

Investigators tell FOX 2 they believe Davis shot into the crowd. Police recovered the handgun that was used near the scene.

No charges were brought against Davis. The Macomb County Prosecutor’s Office says they were waiting on a ballistic analysis and other evidence before signing off on a four-count felony warrant.

"We wanted to send it out and have the state police look at some evidence that needed to be looked at before any charges were issued. And as a result of his death that had happened yesterday, it appears that there maybe is a closure of this file," said Macomb County Prosecutor Peter Lucido.

Prosecutor Lucido says this is one of several cases that have gotten hung up. He also said there is a lack of staff in his office, which is causing delays.

Between the June shooting and his death, Davis bought the Draco that killed 40-year-old Officer Loren Courts. He was killed in an ambush-style attack from a second-floor apartment in the area of Joy and Marlowe.

RELATED: 'An even better person': Dad of slain officer Loren Courts says he was universally loved 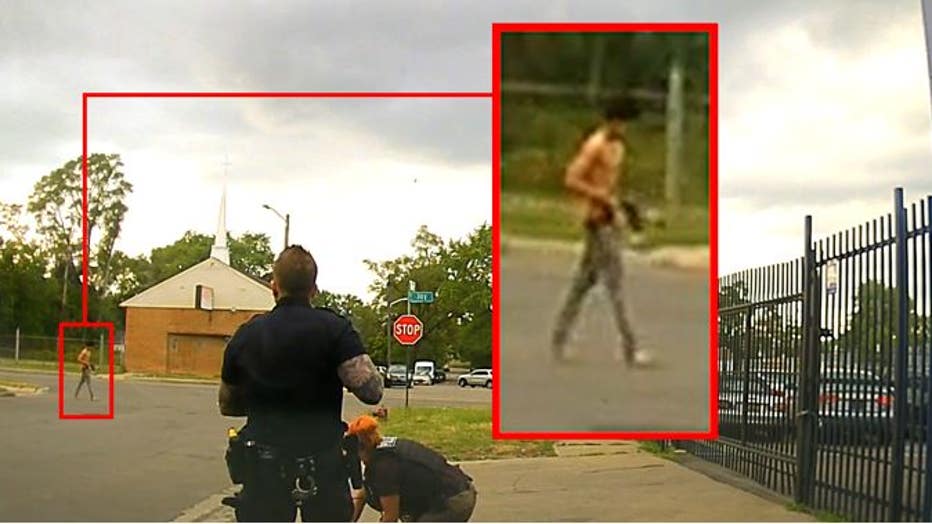 Detroit police released bodycam photo of the suspect approaching officers with the gun in his hand.

"Unfortunately he went down the wrong path and ended up where he is now, unfortunately," said Koenigsmann.